New curbs announced in Pune amid rise in COVID-19 cases 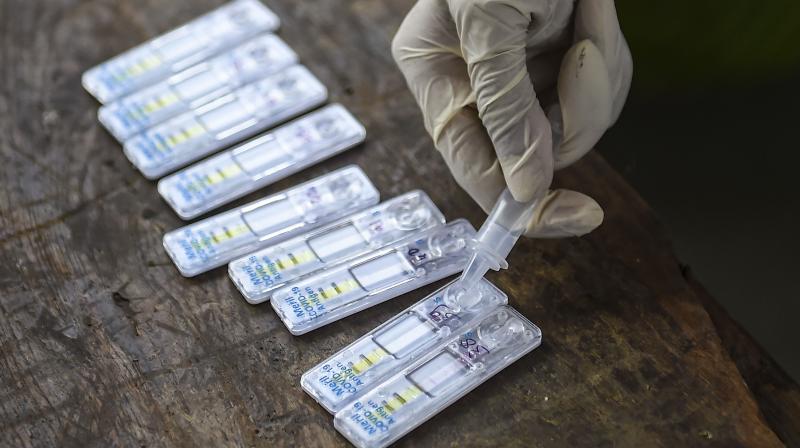 Pune: In view of a spike in COVID-19 cases in Pune, the district administration has decided to enforce certain curbs, including restriction on movement of people from 11 pm to 6 am for non-essential activities, a senior official said on Sunday.

Schools, colleges and private coaching classes will remain closed till February 28, while hotels and restaurants will have to shut their establishments by 11 pm every day, Pune divisional commissioner Saurabh Rao told reporters.

Creation of micro-containment zones, re-setting up of COVID-19 care centres, increased contact-tracing and testing, and stricter implementation of norms for weddings and other social events are some of the steps which will be taken to stem the spread of the viral infection, he said.

The decision to bring back some restrictions was taken in a meeting chaired by Maharashtra Deputy Chief Minister Ajit Pawar, who is also the guardian minister of Pune, on Sunday, he said.

On Saturday, the Pune division reported 998 new cases of coronavirus and nine deaths due to the viral infection. The COVID-19 tally in the division stood at 5,14,319 and the death toll at 11,698, as per official figures.

Rao said for the last three months, the situation in the district was under control. But, now in view of the rise in COVID-19 cases, some decisions have been taken.

There will be restrictions on the movement of people for non-essential activities between 11 pm and 6 am from Monday, he said.

"Essential activities like newspaper distribution, milk and vegetable supply, and hospital emergencies have been excluded from the curbs," he said.

Hotels, bars and restaurants will have to close down by 11 pm from Monday onwards, he said.

"The decision has been taken as a precaution to control the movement of people who are roaming around unnecessarily," he said.

Rao said as far as the positivity rate is concerned, Pune district is at 12thposition in the state.

"The average positivity rate in the district has now reached 10 per cent. Fifteen days ago, it was 4 to 5 per cent and now there is a need to revamp the standard operating procedures in the district," he said.

As a precautionary measure, schools and colleges in the district will remain closed till February 28.

A review will be done on Friday and according to the situation, next strategy will be decided, Rao said.

Private coachings and classes where physical interaction is done will also remain closed till February 28, he informed.

"However, establishments like study centres where preparations for civil services examinations are conducted will operate with 50 per cent capacity," the official said.

Rao said there will be some restrictions on weddings and other social and political events.

At a social gathering, a limit of 200 people was allowed, but over a period, as the situation became normal, violations were seen, he said.

"Now, a decision has been taken to implement the cap of 200 people at weddings and social events in letter and spirit," the official said.

There is no restriction on inter-district movement, but the administration expects people to follow "COVID- appropriate behaviour" while travelling, he said.

Rao said in all the hotspots, micro-containmentzones will be created and a decision has also been taken to activate COVID-19 care centres at the tehsil level in rural areas.

He noted that in view of the increase in positivity rate, the COVID-19 testing also needs to be increased.

"Currently, the National Institute of Virology here has stopped the testing as they are occupied with genome sequencing. We are taking help of other facilities to increase the testing in the district," he said.