In an affidavit filed before probe panel, Sasikala narrated what transpired at Jayalalithaa’s home before she was hospitalised. 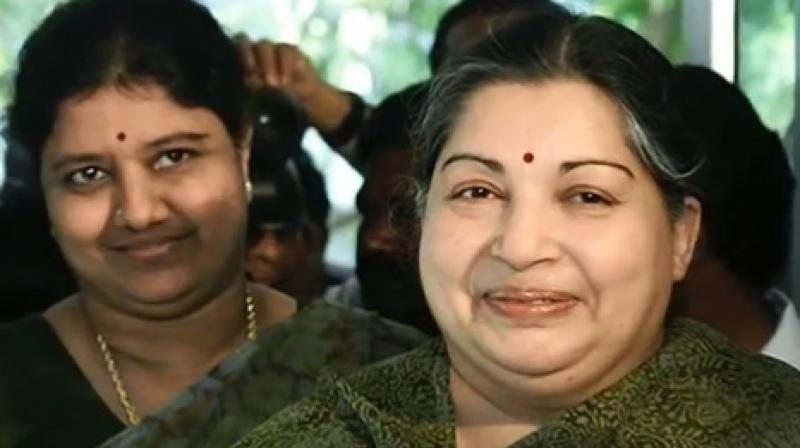 Sasikala has said she suggested a visit to the hospital on that very day, but Jayalalithaa had refused to go. (Photo: Youtube screengrab)

Chennai: Former Chief Minister of Tamil Nadu and AIADMK Chief J Jayalalithaa had refused to go to hospital after she collapsed in the washroom on September 22, 2016, her aide VK Sasikala told Justice A Arumughaswamy commission, which is probing the death of Amma.

In an affidavit filed before the commission, Sasikala narrated what transpired at Jayalalithaa’s residence before she was rushed to hospital.

Sasikala said she has made videos of Jayalalithaa with her permission, of which four have been submitted to the Commission.

Earlier, both leaders have said they were denied access to Jayalalithaa in her three months in hospital.

Sasikala, who is serving a four year jail term for corruption, has also declared that Jayalalithaa regained consciousness in the ambulance en route to the hospital and asked where she was being taken.

Jayalalithaa was unwell on September 22, the day she was hospitalised.

Earlier in the day, Sasikala has said she suggested a visit to the hospital on that very day, but Jayalalithaa had refused to go.

She fell unconscious in washroom on the first floor of her Poes Garden residence in Chennai after having brushed her teeth, said Sasikala.

"She called out to me for help. I suggested going to hospital, but she refused. She passed out and I called the doctor for an ambulance," she said.

According to Sasikala, Jayalalithaa’s health problems were accentuated by the stress caused by her conviction and subsequent imprisonment over the disproportionate assets case in September 2014.

According to Sasikala, Jayalalithaa’s health deteriorated significantly in the first week of September 2016, partly because of fluctuating sugar levels.

Dr. KS Sivakumar, who was Sasikala's relative, treated Jayalalithaa when she was hospitalised.