The incident occurred on the Ambala-Saharanpur rail section near village Tandwal. 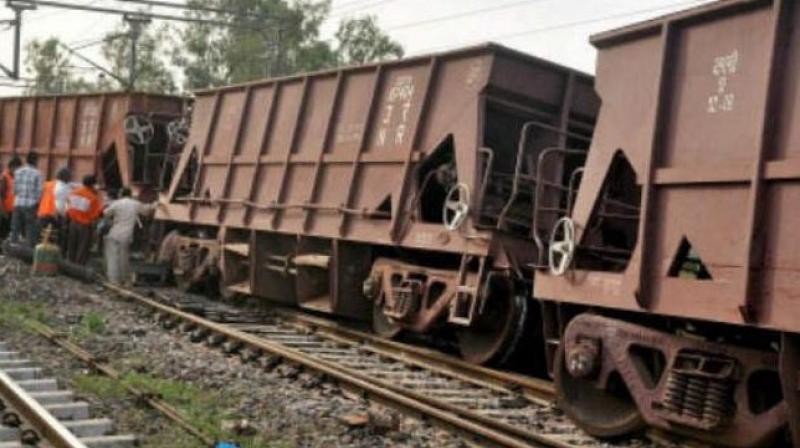 The derailment has affected the movement of 41 trains in the Ambala division including cancellation and short termination of 11 trains and diversion of 19 others. (Representational Image, Photo: PTI)

Ambala (Haryana): A goods train laden with coal derailed and 15 of its bogies fell into the dry bed of river Markanda near here.

There were no casualties. The derailment has affected the movement of 41 trains in the Ambala division including cancellation and short termination of 11 trains and diversion of 19 others.

The derailment took place when the train was crossing the Markanda river bridge, the official said. According to another railway official, a portion of the rail track and the bridge was damaged. A rescue team of Ambala railway division rushed to the site.

DRM Kumar said after inspecting the site that the bogies were being removed from the tracks so that the traffic on Ambala-Saharanpur route could be restored.

“For the time being, the rail traffic on the up and down routes was closed. The normal traffic could be restored by late evening,” Kumar said. The cause of the accident could not be immediately ascertained.