An ‘anguished’ India on Friday demanded legal action from Britain against those responsible. 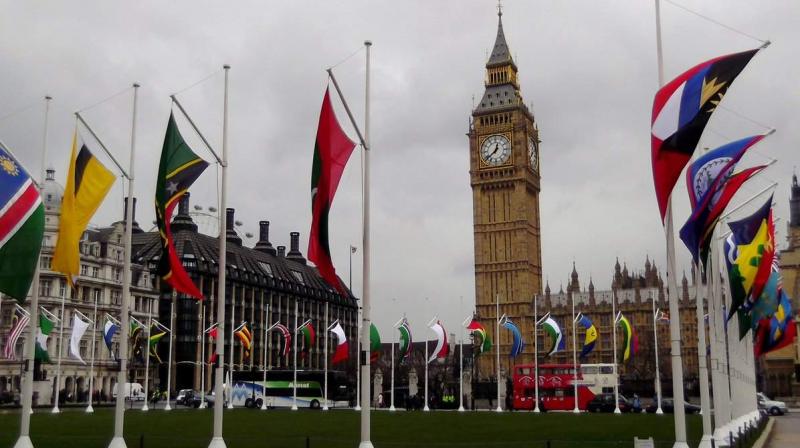 The web portal reported that the UK officials have arranged for a replacement flag to be put up at the Parliament Square. (Photo: ANI | Twitter)

New Delhi: The British authorities have apologised over an incident in which an Indian flag in Parliament Square here was pulled down, torn and stomped on by groups protesting against atrocities in India during the visit of Prime Minister Narendra Modi.

An “anguished” India on Friday demanded legal action from Britain against those responsible. New Delhi said Britain had regretted the incident “at the highest level”. According to media reports from London, the Indian flag was torn down from an official flagpole for the Commonwealth heads of government meeting (CHOGM) by some of the protesters. According to reports, an Indian journalist was also reportedly attacked during demonstrations organised by pro-Khalistan elements in London.

In a statement, the MEA said, “We are deeply anguished with the incident involving our national flag and assault on an Indian journalist at Parliament Square in London. The moment the incident came to our notice, it was promptly and strongly taken up by us with the UK side. The UK side has regretted the incident, including at the highest level. The flag was immediately replaced. We expect action, including legal, against the persons involved in the incident and their instigators.”

A UK Foreign and Commonwealth Office (FCO) spokesperson said, “While people have the right to hold peaceful protests, we are disappointed with the action taken by a small minority in Parliament Square and contacted high commiss-ioner Yashvardhan Kumar Sinha as soon as we were made aware.

“The visit to the UK by Prime Minister Modi has strengthened our relationship with India and we look forward to working even more closely together on a number of important areas.”

Prime Minister Modi is in the UK for bilateral talks and the multilateral commonwealth heads of government meeting (CHOGM).