He reiterated that it was the Congress, which was harming the interests of the Northeast and the country as a whole. 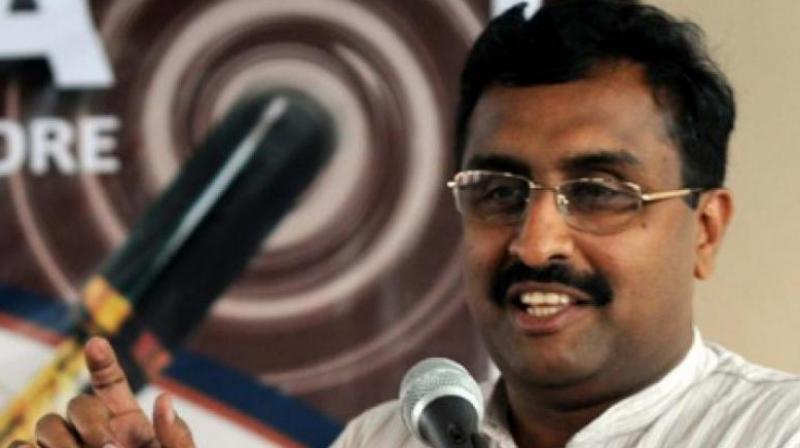 Guwahati: BJP general secretary Ram Madhav who was camping here launched a frontal attack on Congress party while accusing them of opening the floodgate of infiltrators in 1967.

Mr Madhav, who attended public meetings to muster support for the party candidate from prestigious Guwahati Lok Sabha seat Ms Queen Ojha, told reporters, “It was the Congress government at the Centre, which in 1967 repealed the Prevention of Infiltration from Pakistan Act and opened India’s doors to infiltrators from East Pakistan and West Pakistan. Large numbers of infiltrators from East Pakistan entered into Assam and other northeastern states.”

Pointing out as to how a violent protest rocked the state as soon as pilot project on updating the NRC started in 2010, Mr Madhav reminded that Congress government, taking the excuse of protest halted the work on updating the NRC.

“It is the BJP government led by chief minister Sarbananda Sonowal that has revived the NRC update. It is on the verge of completion now. How can they who backed out from the NRC update, preach us on it now?” the BJP leader asked.

He reiterated that it was the Congress, which was harming the interests of the Northeast and the country as a whole.

Asserting that BJP government is determined to implement the Clause 6 of the Assam Accord, mr Madhav said, “We are also committed to protect the identity, culture and heritage of the people of the region.” Clause 6 of the Assam Accord envisages that appropriate constitutional, legislative and administrative safeguards shall be provided to protect, preserve and promote the cultural, social, linguistic identity and heritage of the Assamese people.

Claiming to win at least 10 Lok Sabha seats out of 14 in Assam, Mr Madhv also claimed that there was hardly any presence of Congress party in a large part of country including Northeast.