Though she did not want to work with Justice Gogoi, she could not muster the courage to express her wish at office, she said. 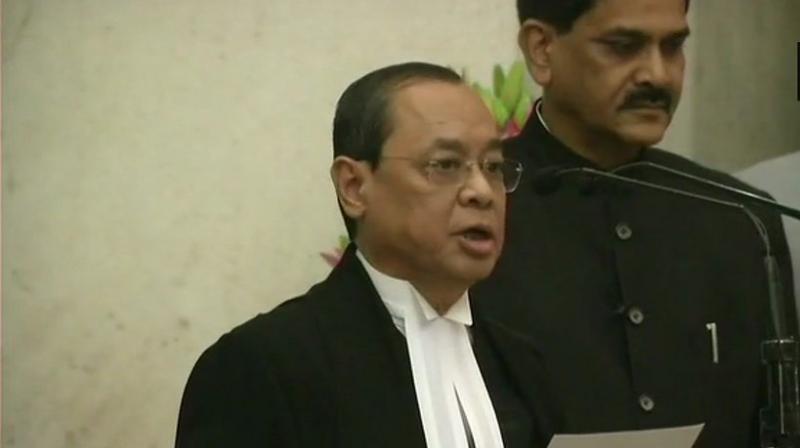 Hyderabad: A 35-year-old woman who has accused Chief Justice of India Ranjan Gogoi has alleged that she was sacked from her job after she rebuffed his purported advances.

In an affidavit sent to 22 Supreme Court judges, the victim, a former junior court assistant, alleged that from October 12. 2018, Justice Gogoi’s behaviour changed. He reduced his interactions with her and often spoke to her in front of other people. She said she was under extreme stress. Though she did not want to work with Justice Gogoi, she could not muster the courage to express her wish at office, she said.

MESSAGES
She alleged that Justice Gogoi would message and call her several times even late in the evenings when she  was at home. “A few times in the morning at the office he would tell me, ‘oh, you were on Whatsapp till 12:00 in the night.’

She said she was asked to delete messages that between the two as confidential information was exchanged. This to an extent surprised her.  She said she was given work above her rank. She and her family were invited to court functions by the CJI, she alleged.

SACKED
She claimed that she was transferred thrice in a few weeks, on October 22, 2018, to the Centre for Research and Planning (CRP), then to the Admin Material Section, and finally to the Library on November 22, 2018.

On November 19, she was issued a memorandum that a disciplinary enquiry was being initiated against her.

On December 21, she was dismissed from service. One of the three grounds for dismissal, as detailed in the inquiry report, was she had taken casual leave for one day without approval.

She said her family was also harassed. “My husband and brother-in-law, both of whom are head constables in he Delhi Police, were suspended on Decem-ber 28, 2018, for a criminal case involving a colony dispute dating back to 2012 that had been resolved.”

APOLOGY
She alleged that on January 11, a police officer accompanied the woman to the Chief Justice’s residence where, she alleged, Justice Gogoi’s wife asked her to apologise by prostrating on the floor and rubbing her nose at her feet. She followed the instructions, even though she did not know what the apology was for.

The alleged victim said her brother-in-law who had been appointed to the Supreme Court on October 9 as a temporary junior court attendant under the discretionary quota of the Chief Justice, was served a termination letter on January 14. No reasons were given.

TRACKED DOWN
She alleged that on March 9, the woman and her husband were at their village in Rajasthan, when a team of Delhi Police picked them up for questioning in a case based on a cheating complaint filed against her. The allegation was that she had taken Rs 50,000 from the complainant in 2017, promising to secure a job for him in the Supreme Court, but had failed to keep her word.

The next day, the couple was detained at the Tilak Marg police station, she said. The affidavit alleges that they were subjected to verbal and physical abuse, their hands and legs were cuffed, and they were denied food and water for nearly 24 hours.

She said: “It is only when the victimisation reached unbearable proportions when me and my family were taken into police custody and tortured, and now there is imminent danger to my life that I am compelled to speak the truth, in order to save myself and my family.” She asked the judges to constitute a special inquiry committee of senior retired judges of the Supreme Court to enquire into those charges of sexual harassment and consequent victimisation.