India   All India  21 Apr 2020  Covid19 effect: Only few takers for Masters' degree in US for the next year
India, All India

Covid19 effect: Only few takers for Masters' degree in US for the next year 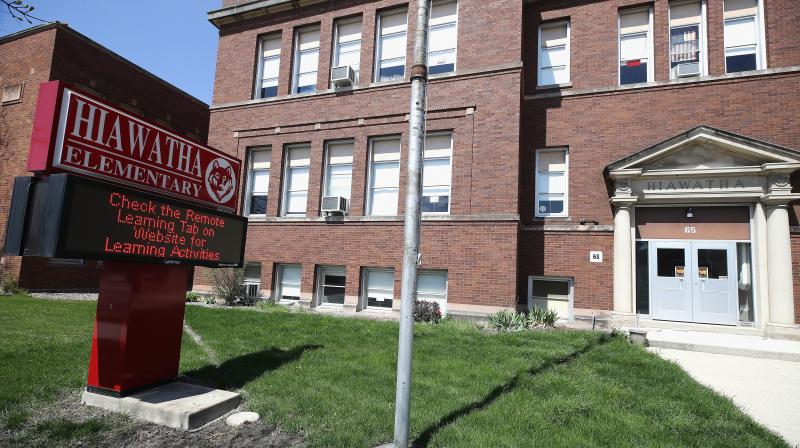 Hyderabad: There might not be many Telugu students lining up to go to the USA for an otherwise highy coveted master’s degree later this year.

The global Coronavirus (Covid-19) pandemic has left the entire admissions processes in tatters for students looking to pursue overseas studies. It has infused a moribund mood among aspirants wishing to pursue it in near future.
Overseas education consultants have almost accepted the reality that their business has been drastically impacted for at least a year, if not more.

Health experts from across the world are portending that in absence of a mass-produced vaccine, social distancing rules and travel restrictions would be necessary for months.

Several American universities are reportedly considering cancelling all in-person classes until next year. In such a scenario, students are unlikely to even apply for admissions for academic year 2021.

Anupama, an IT engineer from the city, recently left her job to study Manag-ement Information Systems (MIS) in the USA. She was supposed to report to her university in Aug-ust, but has chosen to defer her admission until next year.

She said, “I am not sure I will go even next year. Even if everything returns to normalcy, I will still graduate two years later into a recession economy. It doesn’t look practical.”

Many students seem to be thinking along similar lines.

Raghava, an education counsellor at a consultancy in Himayatnagar, said his firm has already seen a drop in applications. Based on processing of applications in February and early March for universities in the UK, he said there were a lot fewer applicati-ons. “Students want to wait and see how the (pandemic) unfolds. Their parents, meanwhile, don’t want them to go anywhere bec-ause of health concerns,” he said.

He said that overseas consultancy business would be rough for his firm for quite some time. Swathi, operations manager at a city-based education consultancy firm, noted that while universities were trying their best to accommodate students during the crisis using e-learning, it was unlikely to work.
“Many students will simply refuse to go there. If they are learning via computer, they might as well do it for much cheaper,” Swathi opined.

Most students would choose to defer admissions until next year.
“I think there will be smaller intakes through next year. Few students will want to go abroad, of this I am sure,” said Swathi, operations manager at a city-based education consultancy firm.

She said that there might be other complications like inability to take competitive tests such as GRE, TOEFL, IELTS or GMAT due to lockdown restrictions