While raising slogans against Majithia, they held him accountable for drug menace in the state, police said. 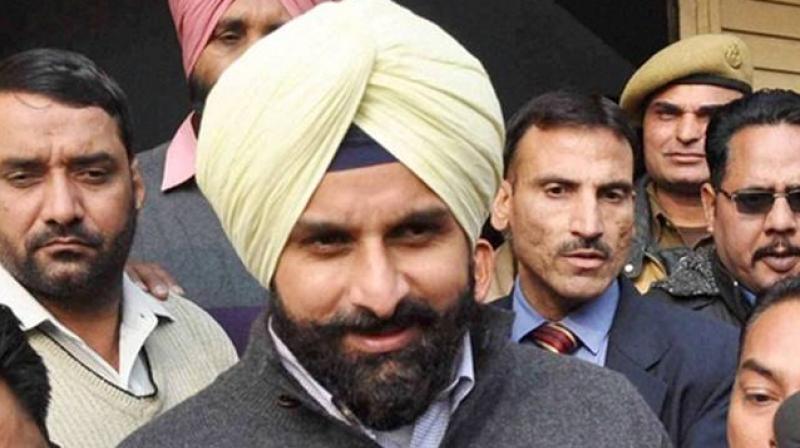 Amritsar: A shoe was hurled at former Punjab minister Bikram Singh Majithia in Majitha today after he reached a venue where a public meeting organised by a Congress party member was going on.

Majithia, who had recently won the elections after defeating Congress candidate Sukhjinder Raj Singh Lalli Majithia, was confronted by some of Lalli's supporters.

While raising slogans against Majithia, they held him accountable for drug menace in the state, police said.

The incident occurred in the Majitha constituency, where ADGP (Security) Rohit Chowdary was listening to grievances of people along with the leaders of Congress party led by Lalli Majithia.

Bikram reached the venue along with his cavalcade of cars and security cover.

The police-public meeting was arranged by Lalli Majithia.

Congress activists allegedly lost their temper after seeing Bikram inside the campus. They started raising slogans against him and forced him to leave the venue.

While Bikram's cavalcade was leaving, a youth hurled his shoe at the Akali leader.

When asked, Majtiha strongly reacted over the incident, alleging that it was a deep-rooted conspiracy hatched by Lalli who was defeated by him three times in a row.

He said that an FIR would be lodged.

When Bikram was asked why he trespassed the meeting venue, he said that he had gone there to meet the ADGP over the law and order problems being faced by dalits and poor people in his assembly constituency.