Zeyan Jeelani, a 16-year-old tech-savvy kid, has created a social networking site, Kashbook, for Kashmiris to connect in the Valley. 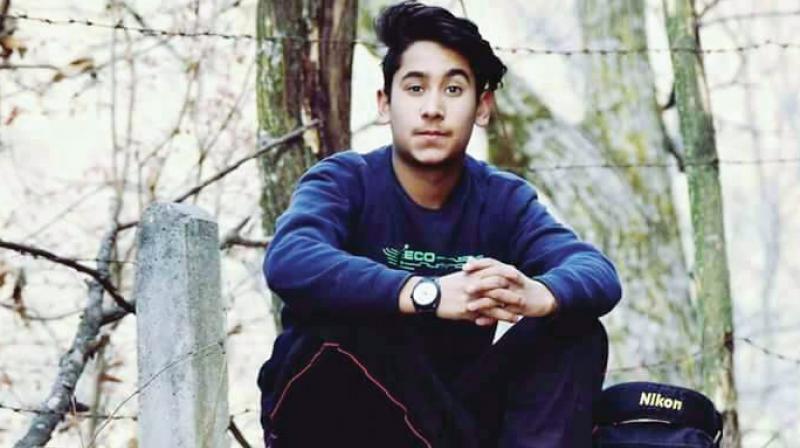 In the world of 24x7 connectivity, imagine having a smartphone and not being able to access your favourite social media hangouts.

That’s what the Jammu & Kashmir government has decreed for its unfortunate citizens. Claiming that social networking sites are being misused by “anti-national” organisations, the state government last month imposed a ban on 20-odd websites, including Facebook and Twitter.

It is fortunate, then, that Zeyan Jeelani, a 16-year-old tech-savvy kid from Laizbal (Mattan), in Anantnag district, has created a social networking site, Kashbook, for Kashmiris to connect in the Valley.

Zeyan’s father, Shafiq Ul Hassan, a pharmaceutical distributor, says his son’s venture should not be seen as a challenge to the government, while his grandfather, Haji Ghulam Hassan Gilkar, a former bureaucrat, is worried that too much of internet activity will be bad for his grandson’s health!

Within days of its launch, Kashbook has more than 1,500 users. Zeyan says he took his cue from Kashmiriyat, the ethno-national and social consciousness sentiment of the Kashmiri people, as well as Mark Zuckerberg’s Facebook model.

“The J&K government has blocked access to all social networking platforms. They are blocking VPNs too. If they block complete access to social media, how will people from the Valley stay connected? I thought Kashbook could help. There's nothing beyond this,” explains Zeyan, who studies in Class XI at the Army Goodwill School in Rajouri district.

His parents have requested the school authorities to allow him to access the Internet for regular maintenance of his site and the principal said the issue will be discussed with Zeyan’s teachers first to ensure it doesn’t interfere with his studies, says his mother Asiya Safiq, who works in the J&K revenue department. She adds, “We have provided him with an iPhone 7 so that he can upgrade and modify KashBook easily.”

Zeyan has always been interested in coding. His parents say he started fiddling with a laptop when he was two!

At 11, he learnt HTML tags by himself and later learned C++ and Java.

When he was laid up in bed with a leg injury suffered in a motorcycle accident, he spent the time developing the app and the site KashBook. Together, he and his 19-year-old friend Uzair Jan from Srinagar developed a mobile optimised website as well as an Android app.

Zeyan says that on the portal one can add people and chat with them, post messages along with many features which one finds on other social media websites. “There is also a market for buying and selling. I plan to promote Kashmiri handicrafts and other products and the produce from our orchards besides other services,” he says.

Yet another important highlight of the portal is the option for communicating in the Kashmiri language.

“If the government encourages such talent it can be a great asset,” he points out.