Fire engulfed B6 and B7 air-conditioned coaches of the Andhra Pradesh Express. 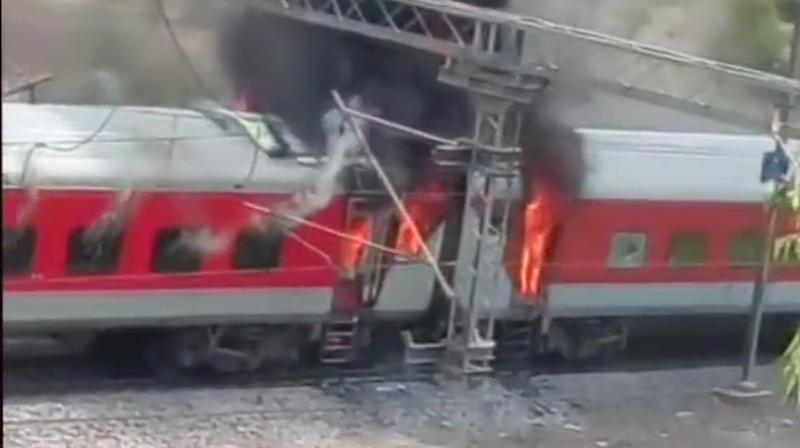 Fire tenders have reached the spot and working on bringing the blaze under control. (Photo: ANI | twitter)

Fire engulfed the doors and adjacent windows of the affected coaches.

Fire fighters reached the spot and are working to bring the blaze under control.

According to reports, no causalities have been reported and the passengers were safely evacuated.

Railway PRO Manoj Kumar said a high-tension wire fell on the train resulting in the blaze starting from B6 and B7 coaches.

The train was en route to Vishakhapatnam in Andhra Pradesh from Hazrat Nizamuddin station in New Delhi.

The blaze has led to the disruption of train services on the section and many trains have been stopped at different stations.