India   All India  21 May 2018  Kerala's 'naked thief' arrested, all he wore was underwear on his head
India, All India

Kerala's 'naked thief' arrested, all he wore was underwear on his head

The 28-year-old law student from from Aarudesam in Kanyakumari reportedly broke into over 25 houses. 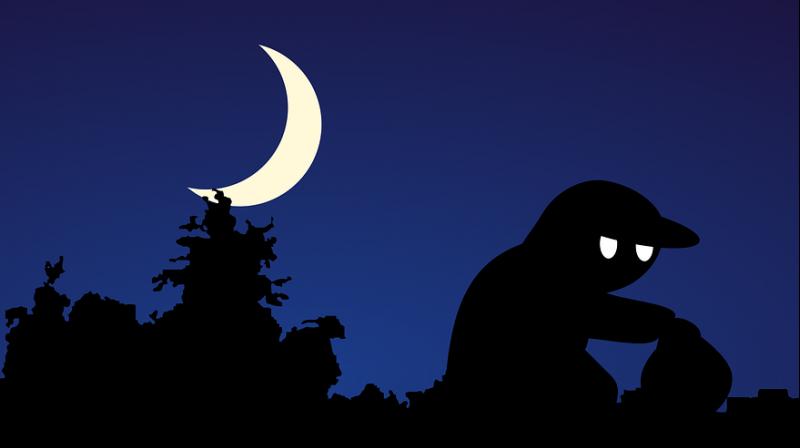 Identified as 27-year-old Edwin Jose, the man would strip himself down completely, drench himself in black paint and just don an underwear on his head to keep his identity hidden, before barging into houses. (Representational Image | Pixabay)

Identified as 28-year-old Edwin Jose, the man from Aarudesam in Kanyakumari, would strip himself down completely, drench himself in black paint and just don an underwear on his head to keep his identity hidden, before barging into houses on the Kerala-Tamil Nadu border.

According to reports the man is believed to have broken into more than 25 homes in Neyyattinkara, Parassala and neighbouring areas on a motorbike which he had stolen before.

"The bikes keep changing as he steals one vehicle for the night, leaves it there and steals another one to escape getting caught," The News Minute quoted a senior police officer as saying.

The “naked-thief” armed himself with a wire cutter and break into homes through the rear doors - often stealing cash and jewellery laying around the house, say police.

"Cutting tools were used to take gold chains from sleeping women. In case they woke up and made a noise, he would attack them and flee into the darkness outside. His exploits gave sleepless nights to people residing in villages located close to the Kerala-Tamil Nadu border," a police officer told The New Indian Express.

Panicked residents even formed vigilante groups to take him down. In many instances, innocent people that drew suspicions of locals were beaten up, say police.

The accused was eventually identified by CCTV footage taken from a home he broke into in Kerala's Nedumangad. Soon after this, District Police Chief (Thiruvananthapuram rural) P Asok Kumar formed a probe team.

Reports said that the thief had recently enrolled himself at a law college. He has been remanded to judicial custody. He has previously been accused of theft.