The Opposition is likely to sit on a dharna outside the Electioin Commission office at around 3 PM. 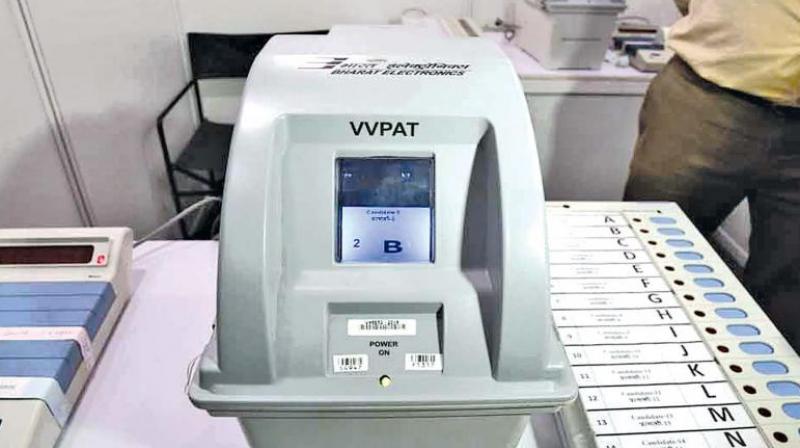 The parties would be demanding 100 percent VVPAT counting in Assembly segments where any mismatch is found.

New Delhi: As exit polls predicted a clean sweep for the NDA, Opposition parties have decided to meet the Election Commission on Tuesday demanding a 100 percent VVPAT count in case a mismatch is found in any Assembly segment even as BSP chief Mayawati quelled rumours of coming to Delhi to meet Congress President Rahul Gandhi and his mother former UPA chairperson Sonia Gandhi.

If the BSP chief would have met the Gandhis, it would have been a significant step towards consolidation of Opposition moves.

However, her aide and BSP leader Satish Chandra Mishra said, “Mayawatiji has no programmes or meetings in Delhi on Monday. She will be in Lucknow”. Later, however, Ms Mayawati met with Samajwadi President Akhilesh Yadav in Lucknow.

On Sunday she had met TDP chief N. Chandra-babu Naidu, who has been trying to bring the Opposition parties on a common platform.

On Tuesday, Mr Naidu would lead the Opposition delegation to the Election Commission and is likely to sit on a dharna outside the EC at around 3 PM.

The parties would be demanding 100 percent VVPAT counting in Assembly segments where any mismatch is found.

“On VVPATs and the EVM tally, the EC is yet to come out with a procedure in case there is a mismatch. Even if there is one mismatch in the VVPAT samples picked for counting and EVMs, to maintain integrity of the electoral process, all VVPATs in that assembly segment must be counted,” Mr Yechury tweeted on Monday.

Despite demoralising predictions by exit polls, Mr Naidu has taken a lead in getting the Opposition act together.

The Opposition parties also had plans of submitting a letter to President Ramnath Kovind with the signatures of all Opposition anti-NDA parties requesting him to consider them as a single block whicle extending invitation to form the government.