India   All India  21 May 2021  13 Naxals killed in encounter with police in Maharashtra's Gadchiroli
India, All India

13 Naxals killed in encounter with police in Maharashtra's Gadchiroli 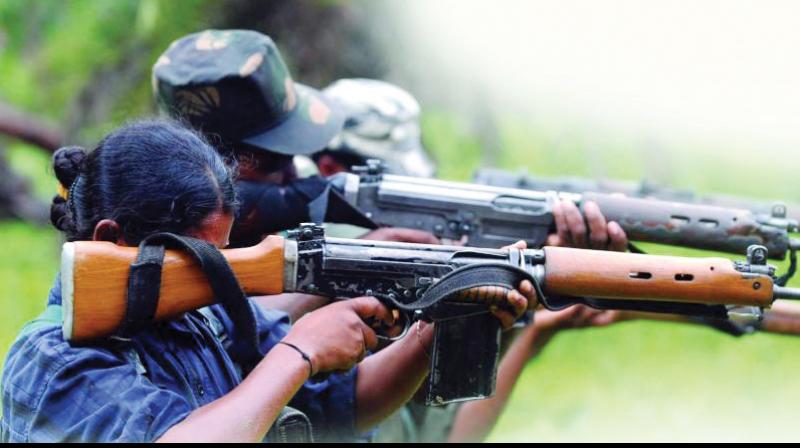 After the Naxals fled into the dense forest, the bodies of six male and seven female cadres were found, the police said. (Representational image: PTI)

Mumbai: At least 13 Naxals including seven women cadres were killed in an encounter with police in Gadchiroli district of Maharashtra early on Friday, officials said.

The slain ultras belonged to Kasunsur Dalam (squad) of the Naxals, police said. The encounter took place on a day the state home minister was visiting the eastern Maharashtra district, over 900 km from Mumbai.

A release by Gadchiroli Police said they had received inputs that Naxals had gathered in the Paidi forest area in Etapalli tehsil for extortion as auctions of Tendu leaves -- used for making bidis or leaf cigarettes -- were underway, hence a team of C-60 commandos, a special combat force of the district police, was sent to the area.

The encounter took place between 6 am to 7.30 am as about 60 to 70 Naxals opened fire on C-60 commandos and kept firing despite an appeal to them to surrender, it added.

After the Naxals fled into the dense forest, the bodies of six male and seven female cadres were found, while some more Naxals were possibly injured in the encounter but managed to escape, the police said.

One AK-47 rifle, an SLR, a carbine, a .303 rifle and explosives were recovered from the spot.

Ankit Goyal, Superintendent of Police, Gadchiroli said at a press conference that the the encounter was a "tribute" to the 15 police personnel killed in an ambush in the district in 2019. As many as 27 Naxals have been killed in the district since September 2020, he added.

Maharashtra Home Minister Dilip Walse Patil, who was on his first visit to Gadchiroli after taking over the home portfolio following the resignation of Anil Deshmukh, praised the police for the operation.

"Naxals are trying to weaken our democracy. I am proud that police officers and personnel are fighting them ably," he told reporters.