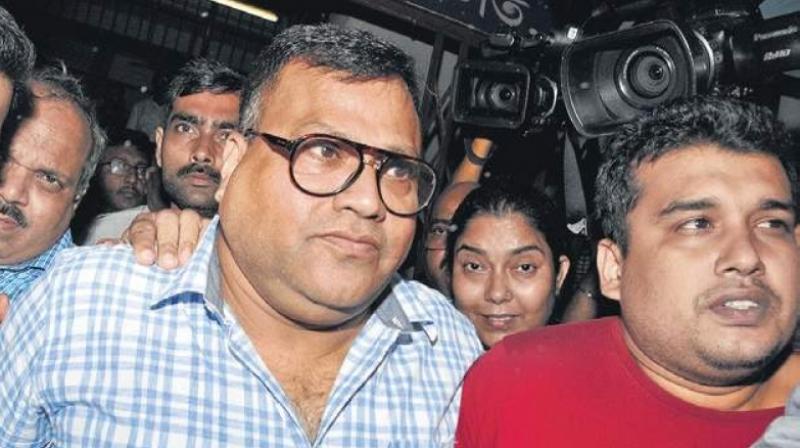 IPS officer SMH Mirza comes out after being produced by CBI officers in connection with Narada sting operation case, in Kolkata. (Photo: PTI)

Kolkata: The Calcutta High Court on Friday ordered house arrest of four political leaders, including two Bengal ministers, who were held in the Narada sting tapes case earlier in the week.

The judges of the division bench -- presided by Acting Chief Justice Rajesh Bindal -- differed in opinion over vacating a stay given by it on bail granted by a special CBI court to ministers Subrata Mukherjee and Firhad Hakim, TMC MLA Madan Mitra and former Kolkata mayor Sovan Chatterjee.

The bench, also comprising Justice Arijit Banerjee, finally directed that the leaders, placed under judicial remand so far, will remain in house confinement for now.

It also decided to refer the matter to a different bench owing to difference of opinion between Acting Chief Justice Rajesh Bindal and Justice Arijit Banerjee.

Hearing in the case is still in progress following prayers from both sides for further arguments on the court's house arrest order.

Solicitor General Tushar Mehta, representing the CBI, has pleaded for a stay on the execution of the order.

The four leaders were arrested by the CBI on Monday morning in connection with its probe into the Narada sting tape case.

The high court had on Monday night stayed the lower court's decision to grant bail to the four leaders.