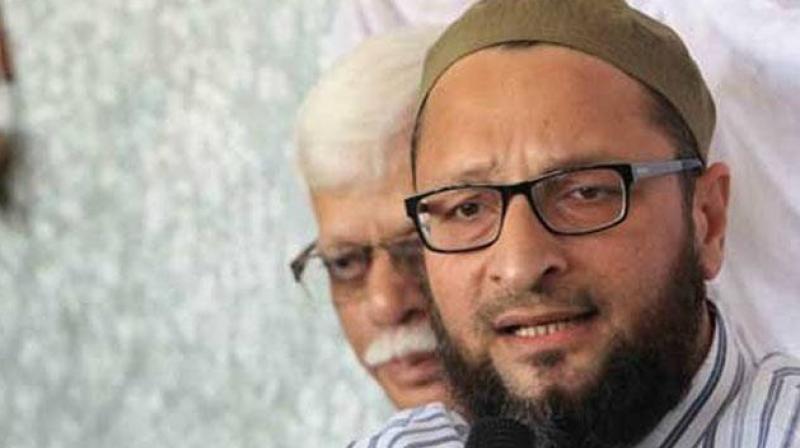 AIMIM president Asaduddin Owaisi said, 'Things have come to such a stage that government officer has audacity to question an adult's marriage.' (Photo: File)

"Since BJP came to power they have spread hatred and communal poison against minorities, Muslims in particular and Dalits," Owaisi told news agency ANI.

"Things have come to such a stage that government officer has audacity to question an adult's marriage," he added.

Earlier on Thursday, the couple, Tanvi Seth and Mohammad Anas Siddiqui claimed that they were being harassed by an officer at a Lucknow Passport Office, as the former was married to a Muslim and had not changed her name.

The woman, while addressing the media, said that she was being harassed as the officer questioned her marital status, asking her why she had not changed her name.

The Regional Passport Office, Lucknow earlier clarified that the passports of the inter-faith couple have been issued, adding that strict action will be taken.

Filing a complaint on this matter, Seth on Wednesday took to Twitter to address her grievances.

The woman also asserted that the officer also kept her husband's passport on hold.

@SushmaSwaraj Ma’am I never ever imagined that in a place like passport office we would have a people who are moral policing the citizens. He dint just put my passport on hold he even put my husband’s @5220manas passport on hold. This is clear grudge. I was shocked at this 1/2

@SushmaSwaraj behaviour. I have never felt so insulted in the last 12 years of my marriage with my husband. It is my personal choice to choose a name I want to after marriage. This is our family matter and last thing I expected to hear at the passport office was 2/3

@SushmaSwaraj it is your duty to change your name after marriage. The person who spoke to my husband later said if your wife’s case would have come to me there wouldn’t have been issues because her papers are complete.