India   All India  21 Jun 2018  Girl immolates self after man tries to outrage her modesty in Uttar Pradesh
India, All India

Her family members have alleged that the girl was being continuously harassed and stalked. 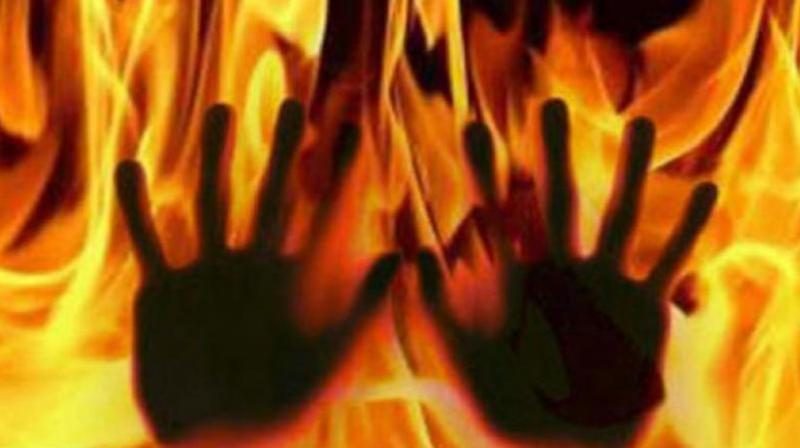 The girl, a Class 12 student, set herself ablaze at her house on Wednesday. Representational Image (Photo: File)

​Kanpur: A 17-year-old girl immolated herself after a man allegedly tried to outrage her modesty in Uttar Pradesh's Kanpur Dehat district, a police officer said on Thursday.

The girl, a Class 12 student, set herself ablaze at her house on Wednesday, Circle Officer (CO), Derapur, T B Singh said.

On a complaint by the girl's family members, Rinku (22) was arrested this morning, he said.

Her family members have alleged that the girl was being continuously harassed and stalked by Rinku, the CO said. He used to stalk her whenever she left the house. He had also handed her some letters professing his feelings, the officer said.

The complainant also said that the accused had, on Wednesday, barged into their house and attempted to outrage her modesty following which she set herself ablaze by pouring kerosene, Singh said.

Rinku was booked for abatement of suicide. He was arrested when he was trying to leave the district, the official added.