The apex court collegium had on May 11 agreed in principle to reiterate its recommendation for elevating Justice Joseph as SC judge. 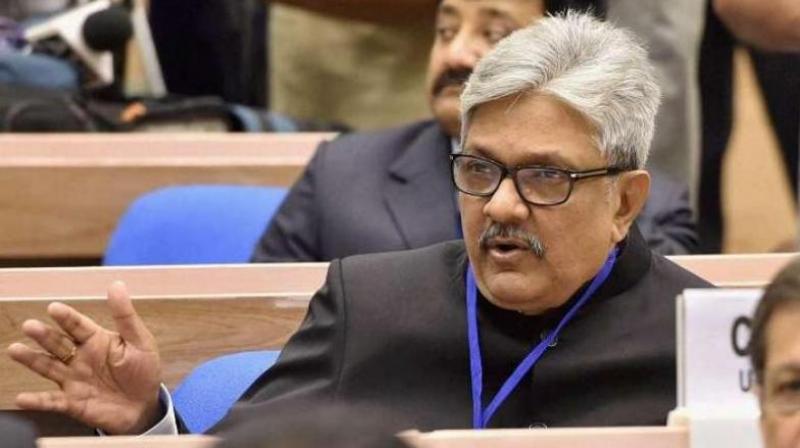 New Delhi: The process for a possible elevation of Uttarakhand High Court Chief Justice K M Joseph as a Supreme Court judge might only get delayed as the apex court collegium, which had agreed in principle to reiterate his name to the Centre, will undergo a change due to the superannuation of Justice Jasti Chelameswar.

The apex court collegium, comprising Chief Justice Dipak Misra and justices Chelameswar, Ranjan Gogoi, M B Lokur and Kurian Joseph, had on May 11 agreed in principle to reiterate its recommendation for elevating Justice Joseph as a judge of the apex court.

However, it could not decide the date for pressing for his name to the Centre. The collegium on its next meeting on May 16 deferred the decision saying "... There should be further deliberation and broad-based consideration of the names of the chief justices as well as judges of the high courts which are at present not represented in the Supreme Court."

Now with the superannuation of Justice Chelameswar due on June 22, Justice A K Sikri, who is number six in seniority at the moment, will become part of the five-member collegium, necessitating the need of a fresh reconsideration and decision to reiterate Justice Joseph's name back to the Centre.

The Centre on April 26 had returned Joseph's file back to the collegium for it to reconsider the recommendation on grounds including that the proposal was not in accordance with the top court's parameters and there was an adequate representation of his native state Kerala in the apex court.

The government had also questioned Justice Joseph's seniority among high court judges while returning the file.

Subsequently, the apex court collegium met thrice on May 2, 11 and 16 and could not send its recommendation back to the Centre despite agreeing on it in principle.

In the last meeting held on May 16, the collegium was unanimously in favour of "further deliberation" and "broad-based consideration" of names of chief justices and judges of various high courts before sending its decision of reiterating the elevation of Justice Joseph.

It had then adopted a resolution which also stated that there was a need for further discussion on the issue of sending the other names of judges to the Centre.

After Justice Chelameswar, CJI Misra will be retiring on October 2, followed by Justice Kurian Joseph and Justice Lokur who will retire in November and December respectively.