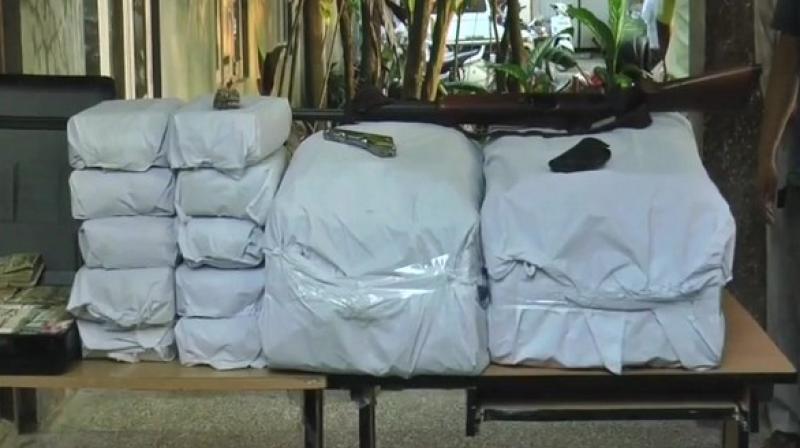 Imphal: The Narcotics and Affairs of Border (NAB) arrested seven people including Bharatiya Janata Party leader and Chairman of an autonomous district council in Chandel district, Lutkhosei Zou, with drugs valued at over Rs 27 crore on Wednesday.

Lutkhosei got elected as the Indian National Congress (INC) candidate in 2017 and later joined the Bharatiya Janata Party (BJP) to form the council in Chandel.

Upon disclosure of Thangminlun Zou, he led the police team to his house at Langol Game Village where he had hidden two suitcases purportedly packed with illegal contraband drugs.

There he pulled out two large suitcases from the ceiling containing huge amounts of heroin powder packed in soap cases, plastic bags and World is Yours (WY) Amphetamine tablets.