Dhanush is the indigenised version of the Bofors artillery guns which performed exceedingly well during the Kargil conflict in 1999. 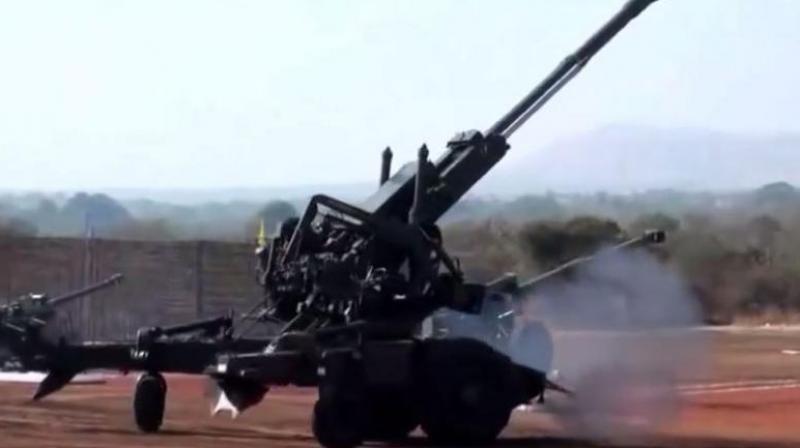 The CBI alleged that the supplier entered into criminal conspiracy with the unidentified GCF officials to supply duplicate spare parts (bearings) used in the manufacture of Dhanush guns. (Photo: File)

New Delhi: Chinese parts camouflaged as 'Made in Germany' ones allegedly found their way to the production line of Indian-made Bofors artillery guns called Dhanush used by the Army, prompting the CBI to file a case against a Delhi-based company.

Besides Sidh Sales Syndicate, the CBI also registered a case against unidentified officials of the Guns Carriage Factory (GCF), Jabalpur, under criminal conspiracy, cheating and forgery for supplying fake and cheap China-made spares passing off as Made in Germany for Dhanush guns, the FIR alleged.

Dhanush is the indigenised version of the Bofors artillery guns which performed exceedingly well during the Kargil conflict in 1999.

The CBI alleged that the supplier entered into criminal conspiracy with the unidentified GCF officials to supply duplicate spare parts (bearings) used in the manufacture of Dhanush guns.

"In furtherance of the said criminal conspiracy, unknown officials of GCF accepted the Chinese manufactured 'Wire Race Roller Bearings' supplied by Sidh Sales Syndicate which were embossed as 'CRB-Made in Germany'," the CBI said in the FIR.

The agency said production and performance of the Dhanush gun is extremely crucial for India's defence preparedness and "wire race roller bearing" is its vital component.

A tender was floated for the procurement of four such bearings according to the Rothe Erde drawing for 155 mm gun in which four firms had participated. The order was given to Sidh Sales Syndicate at the value of Rs. 35.38 lakh in 2013, the FIR stated.

The company supplied two bearings each on three occasions between April 7, 2014 and August 12, 2014. It submitted 'certificates in origin' showing the bearings were procured from CRB Antriebstechnik, Germany.

They were also embossed with the label, CRB-Made in Germany. GCF tests showed that the bearings were unacceptable due to deviations in dimensions.

The company provided clarifications and assured that in case of non-performance of the bearing due to manufacturing defects, they would replace the bearing free of cost and take corrective action for future supply.

"Consequently the bearings were accepted as a special case by unknown officials of GCF Jabalpur," the CBI alleged.

Information received by the CBI shows that the German company does not manufacture these parts.

The agency also seized several emails which were exchanged between China and Sidh Sales Syndicate. The letter from Germany shown by the company was also on forged letterhead, CBI alleged.

The certificate of origin from Germany was also forged.

"The said forged letter and certificate were accepted by unidentified officials of GCF with ulterior motive and by abusing their official positions as such without ascertaining the genuineness of the said letter and certiciates and cause undue advantage to Sidh Sales Syndicate and corresponding loss to the Government of India," the investigating agency said in the FIR.