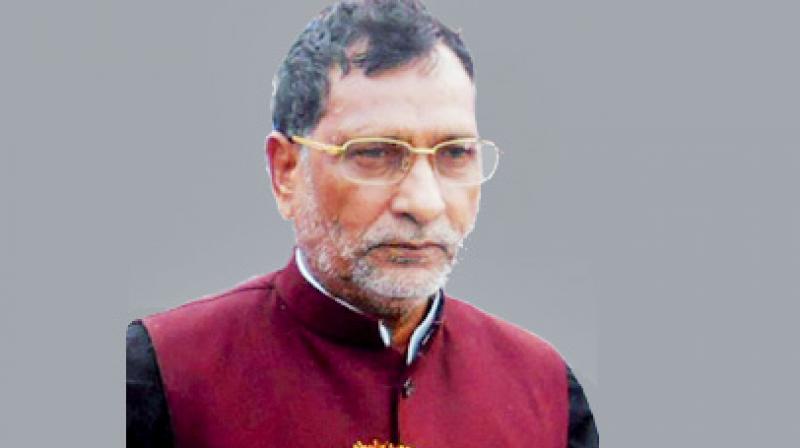 Lucknow: The entire Opposition, in a rare show of solidarity, boycotted the proceedings of the UP Assembly on Thursday to protest against the alleged insult of Leader of the Opposition Ram Govind Chaudhary. Apparently, Mr Chaudhary’s microphone was muted on Wednesday night when, during the debate on Budget, he tried to make an intervention. As soon as the House assembled on Thursday, Mr Chaudhary took umbrage at certain remarks made by chief minister Yogi Adityanath in reference to Opposition parties.

“I have been in this house for almost 40 years but I have never heard the kind of language that is now being used by ministers against us. We have lost elections and are in Opposition but that does not mean that we have no dignity. We are ready for debate but now willing to be insulted,” he said. The leader added that the Opposition had been threatened that they would be put in jail. “If this is the atmosphere here, we are leaving the House and the government, with its majority of 325, can run the house as it wants,” he said, adding that the chief minister had already said that the House could function without the Opposition.

Mr Chaudhary also alleged that the government was trying to muffle the voice of deprived sections of society. BSP legislature party Lalji Varma said that not allowing the Leader of the Opposition to speak by switching off his microphone showed the arrogance of power. Mr Varma said the ruling party was targeting the Opposition members in the House and they were not being allowed to speak.