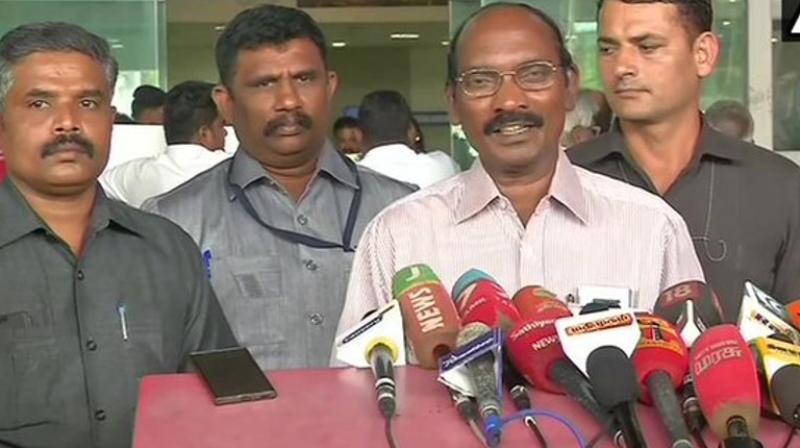 Mumbai: The Indian Space Research Organisation (ISRO) successfully completed the launch rehearsal of the Chandrayaan-2 mission on Saturday. The Mission is slated to launch on July 22 at 2:43 pm.

Indian Space Research Organisation (ISRO) chief K Sivan on Sunday said that the technical snags that forced it to abort the scheduled launch of Chandrayaan-2, India’s second lunar mission on July 15, have been rectified and the rocket is ready for Monday’s lift-off.

“All preparatory work for #Chandrayaan-2 launch completed. Technical snags that developed in the first attempt have been rectified. Sunday evening, the countdown for the launch will begin. Chandrayaan-2 will perform 15 crucial maneuvers in days to come,” (ISRO) chief K Sivan said as quoted to ANI.

Chandrayaan-2 was scheduled to be launched on July 15. However, less than an hour before the launch, the mission was aborted after a technical snag was detected in the rocket.

The snag had occurred when the liquid propellant was being loaded into the rocket’s indigenous cryogenic upper-stage engine.

Chandrayaan-2, which has home-grown technology, will explore a region of Moon where no mission has ever set foot. The spacecraft consists of an orbiter, a lander and a rover together referred to as "composite body". The probe's total mass is 3.8 ton and it is expected to land on Moon's South Polar Region on September 6 or 7 this year.