India   All India  21 Jul 2020  Indian, US navies carry out passage exercise in Indian Ocean amid tensions with China
India, All India

Indian, US navies carry out passage exercise in Indian Ocean amid tensions with China

Last week Indian Navy had carried out an extensive exercise in Andaman and Nicobar islands. 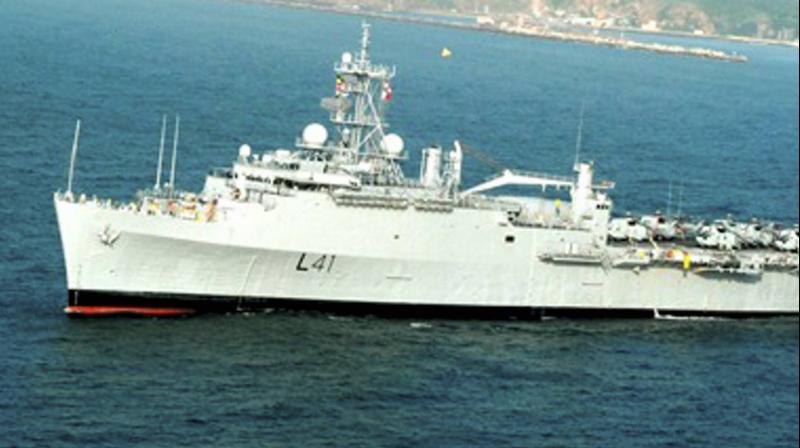 “Indian Navy units undertook Passage Exercise (PASSEX) with units of US Navy-Nimitz Carrier Strike Group as they transit through Indian Ocean Region,” said a senior official from Indian Navy. He said that four Indian Navy warships and four US ships took part in the exercise. India and US navies have been increasing their interoperability through a series of exercises in the past few years.

Last week Indian Navy had carried out an extensive exercise in Andaman and Nicobar islands which dominate major sea trade routes for the Chinese ships.

Indian navy is already at a high alert due to the India-China military stand-off in the Ladakh sector.

“Indian Navy conducting an exercise with US navy ships which have been sent particularly to the South China Sea to keep a check on Chinese Navy’s activity is a strong message to the Chinese government,” said sources.

India is also looking at inviting Australia to join the annual Malabar naval exercise which includes Japan and the US. If the proposal is approved by the government all members of Quad will be carrying out military exercises in the Bay of Bengal in a signal to China that its aggression in sea will not go unchallenged.

The US had deployed its aircraft carriers USS Ronald and USS Nimitz along with their escorting cruisers and destroyers in the contested South China Sea to challenge the Chinese Navy’s hegemony in the region which has been threatening its neighbours.

For the first time in six years, USS Nimitz and USS Ronald Reagan, with more than 120 aircraft deployed between them, had carried out military exercises in the South China Sea between July 4 and July 6. However, last week the United States had again deployed the two aircraft carriers to the South China Sea, “to reinforce its commitment to a free and open Indo-Pacific, a rules based international order, and to our allies and partners in the region”.