Mr Shah on Sunday also vested the core group of the party in the state with the power of taking all major decisions. 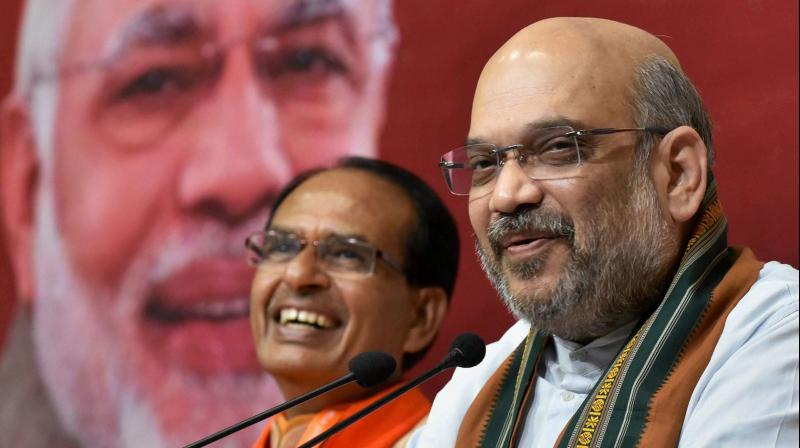 Bhopal: BJP national president Amit Shah has categorically denied that the party framed a rule to deny senior leaders who have crossed 75 years of age from contesting elections.

Mr Shah’s dismissal of the purported “75-plus age” formula on the basis of which two Cabinet ministers in the Shivraj Singh Chouhan government, Babulal Gaur and Sartaz Singh, were reportedly dropped from the state ministry, last year, has left the chief minister’s camp red faced.

Mr Shah, who arrived here on Friday on a three-day tour of the state, cleared the confusion on the matter while addressing ministers and party leaders on Saturday night.

An impression had been created that the two senior ministers were dropped from the state Cabinet as per the party’s fresh formula of denying leaders who have crossed 75 years of age to hold any government position.

“I was told by the party’s national organisational secretary Ram Lal then that I was sacked from the state Cabinet as per the new ‘75-plus age’ formula adopted by the BJP. Now, the BJP president has cleared the confusion over it. This has removed uncertainty over my contesting in the 2018 Assembly elections,” Mr Gaur told reporters.

Both the dropped ministers, considered archrivals of chief minister Shivraj Singh Chouhan, have been sulking ever since they were removed from the state ministry.

Mr Shah on Sunday also vested the core group of the party in the state with the power of taking all major decisions, thus decentralising the decision making process.