Flight operations were shut for about 40 minutes at the New Delhi on Sunday evening. 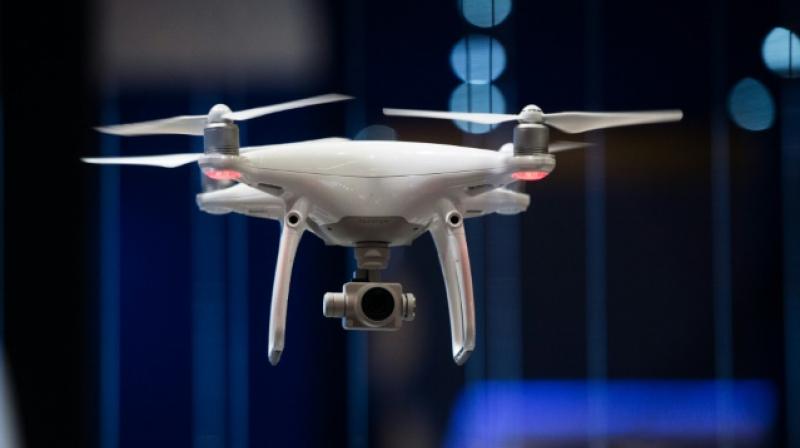 No departures too took place at this time in the evening, resulting in flight delays and passengers having to sit inside aircraft—waiting for take-off—for considerable time. (Photo: AFP)

New Delhi: Two sightings of drone-like objects were reported over New Delhi IGI airport on Sunday, sparking a big aviation scare and leading to diversion of fights and inconvenience to hundreds of passengers. Flight operations were shut for about 40 minutes at the New Delhi on Sunday evening.

According to government sources, the first scare occurred at about 11.20 am when the pilot of an Air China aircraft reported the sighting of a drone near the airport. One of the runways was then shut while departures and take-off continued from the other two runways in operation.

But the scare in the evening was more serious. This time, the pilot of an AirAsia aircraft reported sighting of a drone again near the Delhi airport. All flight operations were immediately suspended at the Delhi airport at about 7.20 pm.

It was resumed shortly before 8 pm after the Delhi Police gave airport authorities clearance, Delhi airport sources said, adding that several flights that were to land, were diverted from New Delhi during this time-period.

No departures too took place at this time in the evening, resulting in flight delays and passengers having to sit inside aircraft—waiting for take-off—for considerable time.

In a statement, domestic airline AirAsia India said, “AirAsia India would like to confirm that the pilots of flight i5 799 from Goa to New Delhi spotted an unidentified object flying close to the aircraft while landing into RWY 11 at Indira Gandhi International Airport at New Delhi. Our pilots followed normal procedure and carried out an uneventful landing. Upon landing, the pilot reported the incident to Air Traffic Controller as per their reporting procedure that they have been trained for.  The pilot also informed the airline’s Director Flight Operations and Head of Corporate and Flight Safety upon landing. The airline has filed a report with the DGCA.”