India   All India  21 Aug 2017  India to speed up road work near China border
India, All India

India to speed up road work near China border

India has also decided to “replace obsolete construction equipment in the BRO with modern equipment”. 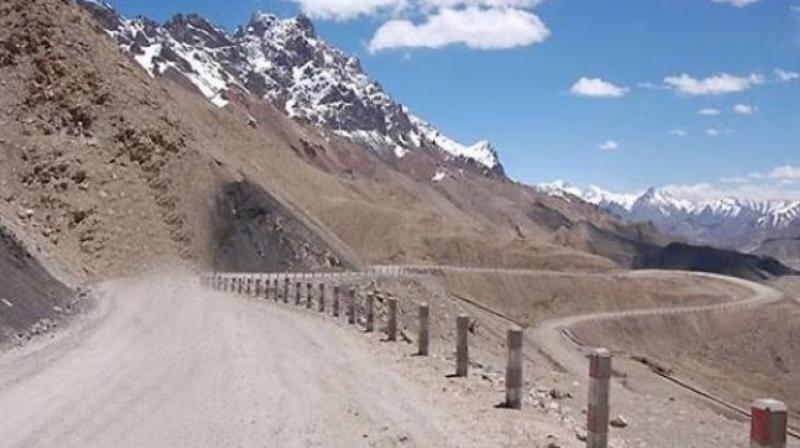 The ministry of defence said it had decided to delegate administrative and financial powers to the Border Roads Organisation right up to the level of chief engineer and task force commander, so as to avoid delays. (Photo: Representational/PTI)

New Delhi: Amid the continuing military standoff with China at Doklam in the Bhutanese territory, India has decided to speed up the construction of border roads in the eastern sector leading to the Sino-Indian border in the face of delays and to remove bottlenecks.

The ministry of defence (MoD) on Sunday said it “has decided to delegate administrative and financial powers to the Border Roads Organisation (BRO) right up to the level of chief engineer and task force commander, so as to avoid delays on the account of references between the chief engineer and HQ DGBR (DG-Border Roads) and also between HQ DGBR and the ministry.

The MoD said it “intends to bring transformational changes in the organisation (BRO) to improve the pace of execution of works and to achieve the desired outcomes according to the requirement of the Armed Forces.” India has also decided to “replace obsolete construction equipment in the BRO with modern equipment”.

Functioning under the control of the MoD since 2015, the BRO is engaged in road construction to provide connectivity to difficult and inaccessible regions in the border areas of the country. The government said that “it is expected that with the delegation of powers by the MoD to the BRO, the pace of road construction in border areas would improve and the BRO would be able to complete ongoing/new projects in compressed timelines.”

It said, “According to the earlier delegation of powers, a chief engineer in the BRO had the power to accept execution of contracts only up to Rs 10 crore, ADGBR had powers upto Rs 20 crore, beyond which all tenders had to be sent to DGBR. With the intent to speed up the tendering process, the ministry of defence has now enhanced the powers of chief engineer for acceptance of bids with cost of contract upto Rs 100 crore and that of ADGBR for cost of contract upto Rs 300 crore.”