Tuesday saw the second successful effort by Isro to reach the moon at that precise orbit. 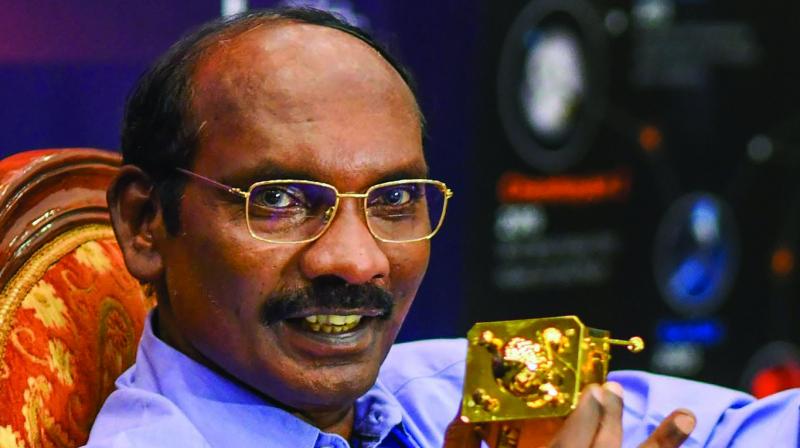 Bengaluru: With their hearts in their mouth, a team of Indian space scientists successfully steered Chandrayaan-2 into the moon’s orbit Tuesday morning, positioning it to land on the lunar surface on September 7. Even a second’s delay in tweaking its speed and altitude during those 30 tense minutes would have spelt doom for the country’s second shot at landing on the earth’s natural satellite. Chandrayaan-2’s speed was trimmed from 2.4 km a second to 2.1 km a second, through commands sent from Isro’s Telemetry, Tracking and Command Network in Bengaluru as the orbiter-lander-rover moved closer to the moon’s orbit. Even a minute’s difference in speed could have resulted in either Chandrayaan-2 speeding away into outer space or crashing into the moon.

The spacecraft, however, has been circling the moon in an elliptical orbit with the point nearest to the lunar surface at 118 km, and the farthest point at 18,078 km.

Tuesday saw the second successful effort by Isro to reach the moon at that precise orbit. In 2008, Chandrayaan-1, India’s first moon mission, reached the designated orbit and circled the moon more than 3,000 times, discovering water in the process, before it was lost because of a snag onboard.

Dr K. Sivan, Isro’s chairman, who shared details of Tuesday morning’s nerve-wracking operation, said that “beginning tomorrow (August 21), Chandrayaan-2’s orbit will be trimmed to dip closer to the moon at about 100 km before it arrives at the threshold of landing near the south
pole of the moon”.

He said September 2 is the D-Day for Chandrayaan-2’s mission. On this day, the lander “Vikram” and six-wheeled rover “Pragyan” will separate from the Chandrayaan-2 spacecraft and move into an orbit of their own around the moon. On September 3, Isro will carry out a three-second manoeuvre to check that the lander Vikram is in good health. The thrill and “15 minutes of terror” will, however, occur in the early hours of September 7, when “Vikram” and “Pragyan” will descend for a soft landing on the lunar surface. If successful, India will join the elite club of the United States, Russia and China which have accomplished such landings, but on other regions of the moon.

“We have done enough tests and simulations on systems, sub-systems, and sensors. Whatever humanly possible, we did,” said Dr Sivan, expressing
confidence about landing the “Vikram” (lander) and “Pragyan” (rover) on September 7.

Emphasising the significance of landing on the moon, Dr Sivan said the landing will be a terrific moment for him and his colleagues in Isro, given the challenges involved in the mission.

“Looking at what happened to the soft landing around the world, we are saying that the soft landing success rate is only about 27 per cent. But we have confidence in our mission,” he added.

One of Chandrayaan-2’s primary missions is to further the discovery of water made by Chandryaan-1. Chandrayaan-2 and its rover “Pragyan” will do a series of experiments on lunar soil to identify chemicals, minerals, and other substances as well as seismicity on the moon.