India   All India  21 Aug 2019  'Will fight Pakistan in any arena of their choice,' says Syed Akbaruddin
India, All India

'Will fight Pakistan in any arena of their choice,' says Syed Akbaruddin 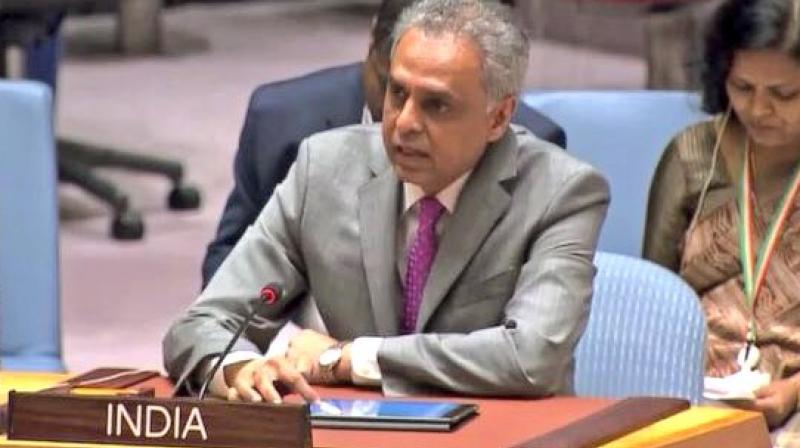 Akbaruddin said, 'Every country is entitled to use every course available to them. We have different approaches too.' (Photo: File)

New Delhi: Hours after Pakistan announced its decision to approach the International Court of Justice against India’s decision to scrap Article 370, top diplomat Syed Akbaruddin on Tuesday said that India was ready to fight its regional rival in any arena of its choice.

According to NDTV report, Akbaruddin said, “Every country is entitled to use every course available to them. We have different approaches too. If they would like to tackle us in different arenas, we will address it in that arena. This is an arena of their choice. They tried once, but they did not succeed."

He was referring to the recent face-off between India and Pakistan in the UN’s top court over the death sentence to former naval officer Kulbhushan Jadhav on charges of "espionage and terrorism" two years ago.

Last month, ICJ asked Pakistan to make an "effective review and reconsideration" of the death penalty and grant Jadhav consular access as demanded by India.

Pakistan's faced another defeat in the United Nations Security Council (UNSC) on Friday, when China pushed for closed-door consultations on the Kashmir issue. However, the hour-long event ended without any outcome or statement. India maintains that its decision to scrap Article 370 and bifurcate it into two Union Territories is a "strictly internal matter".