The Supreme Court appointed trust for the construction of the temple, held a meeting in New Delhi on Thursday. 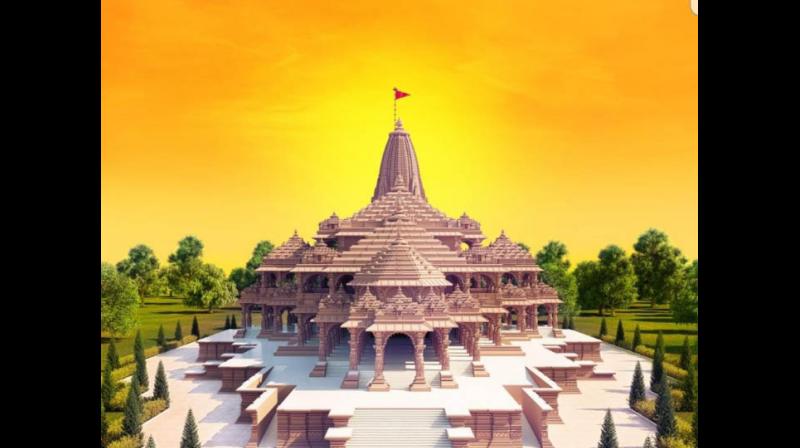 This is how the new Ram Mandir in Ayodhya will look like.

New Delhi: The Ram Mandir in Ayodhya will be constructed by adhering to India's ancient and traditional construction techniques and copper plates will be used to fuse stone blocks with each other. The construction has "begun" and currently soil testing at the site is being done. Prime Minister Narendra Modi had performed the ‘bhoomi pujan’ of the temple on August 5.

Members of the Shri Ram Janmbhoomi Teerth Kshetra, the Supreme Court appointed trust for the construction of the temple, held a meeting in New Delhi on Thursday.

Asking ‘Ram bhakts’ to donate copper for the construction, the trust said donors can “engrave family names, place of origin or their community temples' names” on copper plates which should be 18 inches long, 30 mm wide and three mm in depth.

“This way, the copper plates will not only symbolize the unity of this country but also be a testament to the entire country's contribution towards mandir construction,” tweeted the trust. Iron will not be used in the construction.

After the meeting, trust’s general-secretary Champat Rai said, “We are taking help of Central Building Research Institute, Roorkee and IIT Chennai. 1200 pillars with one metre diameter will be brought up from depth of 30-35 metre for a strong foundation.” The temple will be built to sustain earthquakes, storms and other natural calamities. Engineers from CBRI Roorkee, IIT Madras along with L&T are currently testing the soil at the temple site and the construction work is expected to finish in 36-40 months, said the trust.

The temple will be 161 feet tall, three-storey structure on a raised platform with multiple turrets, pillars and domes and in ‘Nagara style’ of architecture. The original design by renowned temple architect Chandrakant Sompura in 1983 has been slightly modified.