The highway was blocked by a major landslide at Trishul Morh, Battery Cheshma and Pantiyal areas on Thursday, officials said. 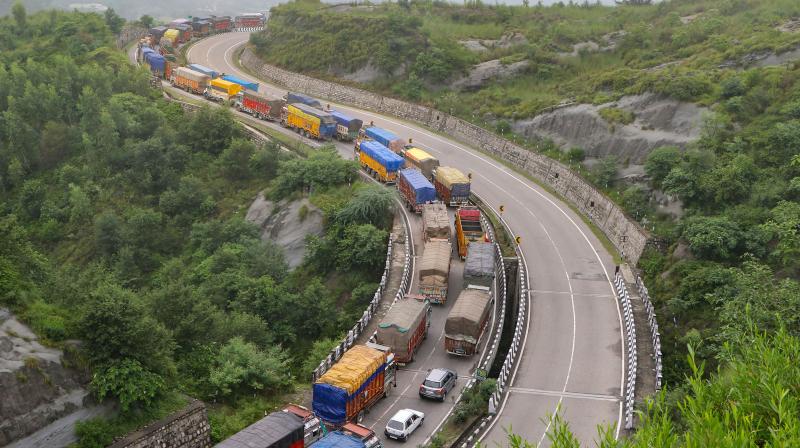 The highway was blocked by a major landslide at Trishul Morh, Battery Cheshma and Pantiyal areas on Thursday, officials said.

He said about 150 stranded vehicles were allowed to move late on Thursday but after fresh landslides the road is blocked again.

He said shooting stones and landslides were hampering restoration work and clearance of roads will take at least one day. The clearance operation is going on in full swing to restore traffic movement, the officials said.

Over 3,000 vehicles have been stranded on both sides of the highway and traffic was stopped at Qazigund and Udhampur Chanderkote soon after the highway was blocked.

The highway was closed for two days last week due to a massive landslide triggered by heavy rains in Ramban district.