Sena said it is surprising that even though court found nothing wrong in the Mumbai police’s investigation,case has been handed over to CBI 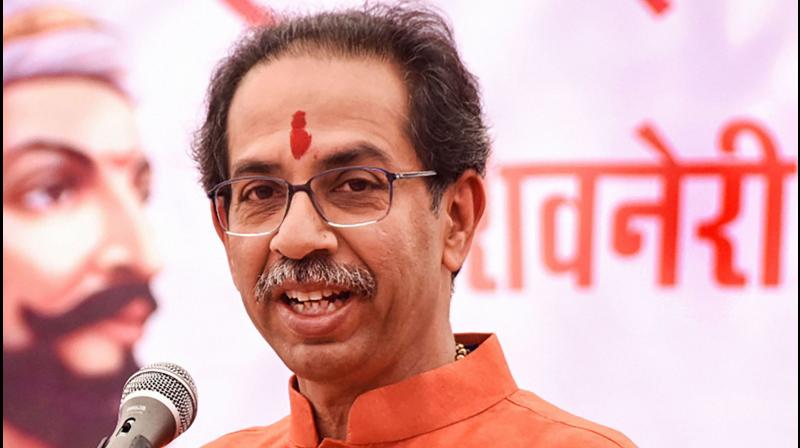 Shiv Sena claimed that the case of the actor’s death was politicised to defame the Mumbai police and the Maharashtra government. (PTI Photo)

Mumbai: A day after the verdict on the transfer of the death case of Sushant Singh Rajput, the Shiv Sena on Thursday said that the Indian Constitution will be shedding tears if quarantining a Bihar Police official in Mumbai gives rise to suspicion due to which the case has been handed over to the CBI. Meanwhile, the NCP chief Sharad Pawar said that the Maharashtra government will fully cooperate with the CBI for a probe in the case.

In an editorial in party mouthpiece ‘Saamana’, the Sena said that it is surprising that even though the court found nothing wrong in the Mumbai police’s investigation, the case has been handed over to the CBI. “The Mumbai Police's probe in the case was in the final stages when it was stopped and handed over to the Central Bureau of Investigation (CBI) on recommendation of the Bihar government,” the Sena said.

It further claimed that the case of the actor’s death was politicised to defame the Mumbai police and the Maharashtra government. If the FIR registered in Patna was right, then if other “characters” in the case who hail from other states file an FIR in West Bengal, will the Kolkata police get power to investigate it? the Shiv Sena asked.

The editorial also opined that transferring the case in such manner to the CBI is an attack on the federal state concept given by Dr B.R. Ambedkar, the architect of the Constitution of India. Raising a question over the capability of CBI, the Sena said that several criminal cases in Bihar were investigated by the CBI. “How many real culprits did the CBI arrest so far?,” it asked.

Meanwhile, NCP chief Sharad Pawar said that he was sure that the Maha Vikas Aghadi government will respect the Supreme Court's order upholding transfer of Patna Police's FIR in the case to the CBI.

“I am sure the Maharashtra Govt will respect the judgement of the Supreme Court to handover Sushant Singh Rajputs case to the CBI and fully cooperate in the investigation process,” Mr Pawar tweeted. “I hope the investigation will not be carried on, as was done with Dr Narendra Dabholkars murder case also under investigation by the #CBI which commenced in 2014 and remains unresolved,” the former Union minister said.