All the dead lions were found in Gir (east) division, mainly from Dalkhaniya range in the last few days, an official said. 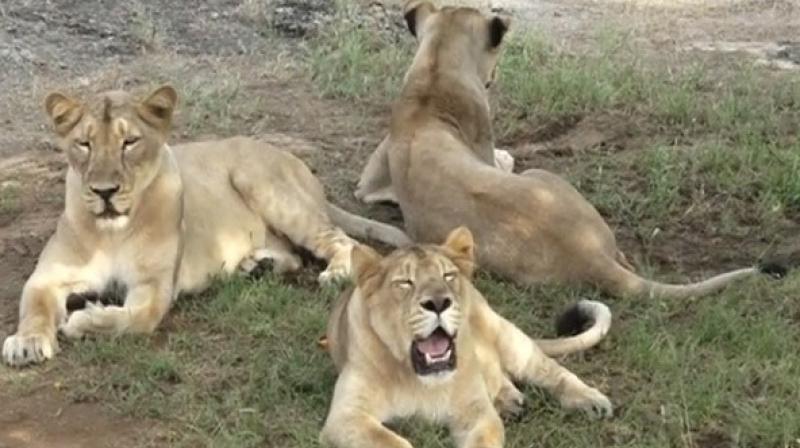 Rajkot: The carcasses of 11 lions were found in Gujarat's Gir forest, prompting the state government to order an inquiry, officials said on Thursday.

All the dead lions were found in Gir (east) division, mainly from Dalkhaniya range in the last few days, an official said. "We have found carcasses of 11 lions from Gir east forest range," said P Purushothama, the Deputy Conservator of Forest, Gir (east).

For administrative purpose, the Gir forest has been divided in east and west parts.

A carcass of a lioness was found in a forest near Rajula of Amreli district on Wednesday, while three more lions were found dead the same day in Dalkhaniya range area in the Gir forest, a senior official said.

Carcasses of seven other lions were found in the last few days, he said. "We have collected viscera samples of the dead animals and sent them to the Junagadh Veterinary Hospital and are waiting for the postmortem report," he added.

Additional chief secretary of the Forest and Environment Department Dr Rajiv Kumar Gupta said the state government has ordered an inquiry which would be conducted by the principal chief conservator of forest (wildllife).

"Primary information shows that eight deaths have occurred due to infighting. For the rest three, postmortem reports are awaited," Gupta added.

PCCF wildlife A K Saxena, who rushed to the Gir forest, told news agency PTI that most of the deaths are due to infighting and resultant injuries.

"Most of the deaths are due to infighting and injuries caused thereby, mainly affecting cubs and females. This trend is being noticed over a period of three to four years. No foul play or suspicion is suspected," Saxena said.

Rajya Sabha MP Parimal Nathwani said on Thursday that a probe must be conducted to see if the deaths occurred due to electrocution, poisoning or poaching.