India   All India  21 Sep 2018  4 J&K cops dragged out, abducted from home by suspected terrorists in Shopian
India, All India

4 J&K cops dragged out, abducted from home by suspected terrorists in Shopian

Suspected terrorists barged into security personnel houses in Karpan village and dragged them out, police said. 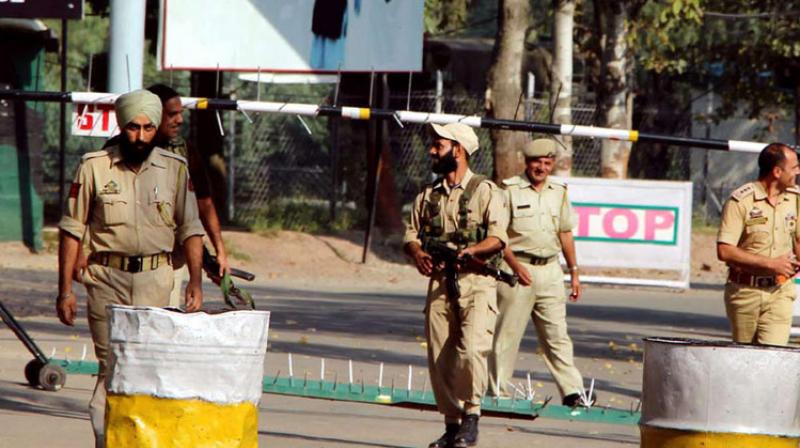 Srinagar: Three Special Police Officers (SPOs) and one police personnel are believed to be kidnapped by suspected terrorists from Shopian in South Kashmir early on Friday morning.

Suspected terrorists barged into security personnel houses in Karpan village and dragged them out, reports quoted police as saying.

The incident comes after a video from the Pakistan-based terror group Hizbul Mujahideen which has gone viral on social media in Jammu and Kashmir since Tuesday threatened security forces and government officials in the state to either resign in four days or get ready to be killed.

In the video, the terror group threatened to kill the family members of those who “stay back” at work.

The two-minute video reportedly showed pictures of security forces and a Hizbul banner with a voice-over issuing the threat.

The voice is believed to be of the terror outfit spokesperson Umar Ibn Khitaab.