Air Marshal Raghunath Nambiar, who reached Paris 4 days ago, flew the aircraft in France to assess its efficacy, sources said. 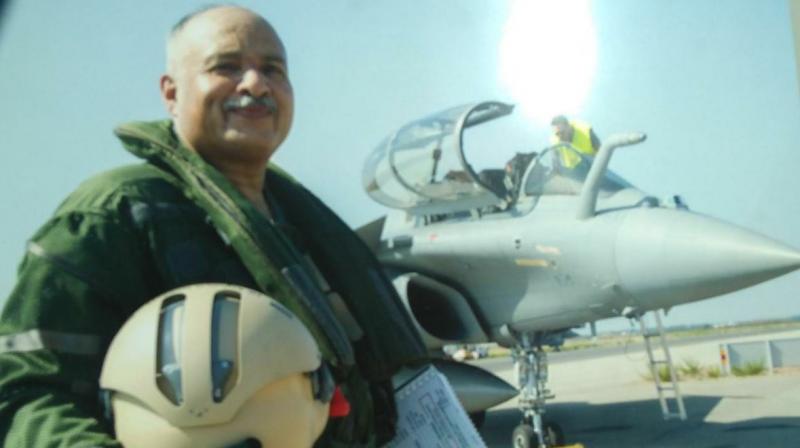 Nambiar, who reached Paris four days ago, flew the aircraft in France to assess its efficacy, they said. He is in France to also assess the progress in the production of Rafale jets by Dassault Aviation.

The delivery of the jets -- capable of carrying a range of potent weapons and missiles -- is scheduled to begin from September next year. A team of the Indian Air Force is already in France to help Dassault Aviation to incorporate the India-specific avionics and weapons system in the aircraft.

The development comes amid a raging controversy in India over the deal to procure the Rafale fighter jets.

In 2016, the Modi government signed a government-to-government deal with France for purchase of 36 Rafale jets at a cost of Rs 58,000 crore. The Congress has been alleging irregularities in the deal, saying the UPA had finalised the price of each aircraft at Rs 526 crore while the NDA was buying the same jet at Rs 1,670 crore.

The government has refuted these allegations.