No arrest without probe under SC/ST Act: MP CM

'There will not be any arrests without investigation under the SC/ST Act in Madhya Pradesh,' Shivraj Singh Chouhan said. 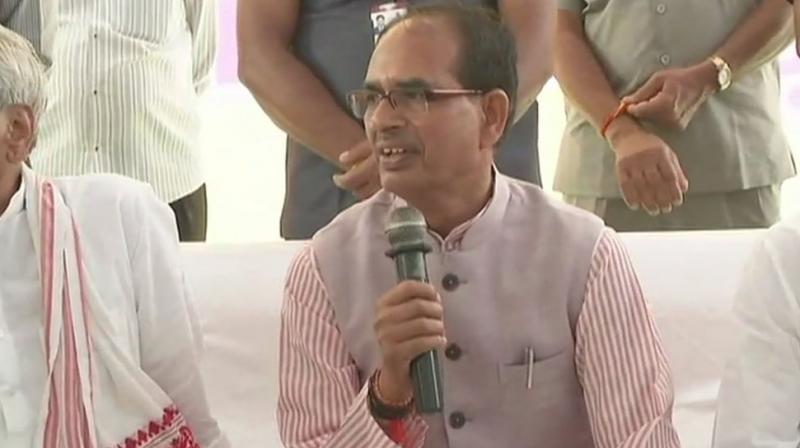 Madhya Pradesh Chief Minister Shivraj Singh Chouhan also said that a directive in this regard will be issued shortly. (Photo: Twitter | ANI)

Bhopal: In an attempt to pacify the upper caste groups in wake of upcoming assembly polls in the state, Madhya Pradesh Chief Minister Shivraj Singh Chouhan announced that he will ensure that the amended Scheduled Castes and Scheduled Tribes (Prevention of Atrocities) Act is not “misused”.

“There will not be any arrests without investigation under the SC/ST Act in Madhya Pradesh,” Chouhan said.

He also said that a directive in this regard will be issued shortly.

The announcement comes even as the BJP-led government in the Centre made a concerted move to nullify Supreme Court order in March this year that was seen as a dilution of the law and angered the SCs and STs.

a concerted move by the Centre to nullify a Supreme Court ruling in March this year which angered the SCs and STs because they saw it as a dilution of the law meant for their safety.

There is anger among the upper caste groups of Madhya Pradesh over the Centre’s attempt to nullify apex court’s order.

Several people held protests in different parts of the state on Thursday against the Scheduled Castes and Scheduled Tribes (Prevention of Atrocities) Amendment Bill 2018 which was passed by Parliament in August, news agency PTI reported.

The Supreme Court, on March 20 this year, had placed safeguards on the provisions for immediate arrest under the Scheduled Castes and Tribes (Prevention of Atrocities) Act, 1989.

The amendment bill, however, restored some stringent provisions of the SC/ST Act.