No choice given, India suggested Reliance for Rafale deal: Hollande

The ex-French president said that Dassault had no choice but to take the company given to it. 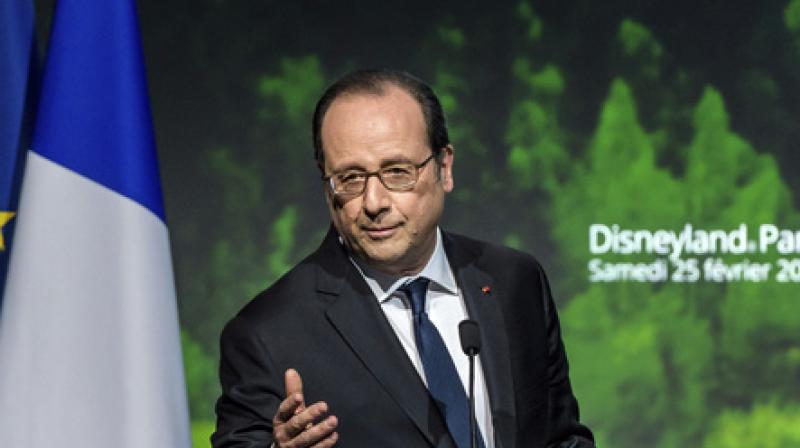 Hollande’s reported statement contradicts Indian government’s claim that the agreement between Dassault and Reliance was a commercial pact between two private parties and the government had nothing to do with it. (Photo: File)

New Delhi: Adding fuel to the ongoing Rafale controversy, former French President François Hollande in an interview to a media house said that Dassault Aviation was given no choice but to partner with Anil Ambani-led Reliance Defence for the offset clause in the Rafale fighter jet deal.

In an article published by French journal Mediapart, Hollande on a question about who selected Reliance as a partner and why said it was the Indian government that proposed Reliance’s name and Dassault had no choice but to take the company given to it.

“We did not have a say in that. The Indian government proposed this service group, and Dassault negotiated with Ambani. We did not have a choice, we took the interlocutor we were given,” said Hollande.

The interview was published in French and excerpts of Hollande’s interview were tweeted by French Newspaper LeMonde journalist Julien Boissou.

Hollande’s reported statement contradicts Indian government’s claim that the agreement between Dassault and Reliance was a commercial pact between two private parties and the government had nothing to do with it.

Responding to the interview, Defence Ministry spokesperson tweeted: “The report referring to former French President Mr. Hollande's statement that GoI insisted upon a particular firm as offset partner for the Dassault Aviation in Rafale is being verified. It is reiterated that neither GoI nor French Govt had any say in the commercial decision.”

Congress leader Manish Tewari on Friday immediately retweeted this article and asked Hollande: “President (Former) Francois Hollande should also enlighten us how the price went up from 590 crores in 2012 to 1690 crores in 2015 per Rafale fighter jet? Escalation of a mere 1100 crores. I am sure the Euro equivalent would not be a problem to calculate.”

Responding to Congress attacks on the government for keeping Hindustan Aeronautics Limited (HAL) out of the Rafale deal under offset clause, both Finance Minister Arun Jaitley and Defence Minister Nirmala Sitharaman have been constantly stressing that Dassault and Reliance got into an agreement on their own.

Former chairman and managaing director (CMD) of HAL, T. Suvarna Raju, in an interview to a media house claimed that Dassault and HAL had signed the mutual workshare contract and given it to the government.

However, contradicting this, defence sources on Thursday claimed disagreements between HAL and Dassault Aviation had led to the collapse of negotiations between the two in the Rafale fighter plane deal during the UPA term.