India   All India  21 Sep 2019  Despite setback with Chandrayaan-2, ISRO optimistic about man mission
India, All India

Despite setback with Chandrayaan-2, ISRO optimistic about man mission 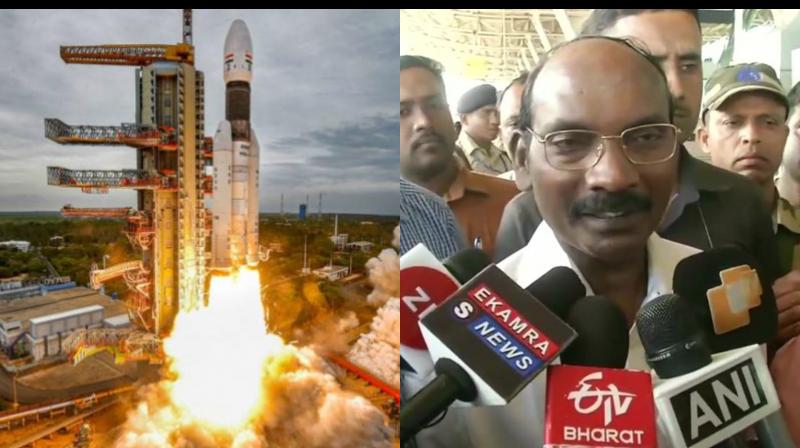 'Regarding the lander, we have not been able to establish communication. Our next priority is Gaganyaan mission,' ISRO chief K Sivan. (Photo: ANI)

New Delhi: After hopes of re-establishing contact with Chandrayaan-2's lander faded on Friday, 'Gaganyaan' is the next project on the Indian Space Research Organisation's (ISRO) priority list.

''Regarding the lander, we have not been able to establish communication. Our next priority is Gaganyaan mission,” ISRO chief K Sivan told news agency ANI on Saturday.

Gaganyaan, the country's first human mission to space, was announced by Prime Minister Narendra Modi last year during his Independence Day speech from the ramparts of Red Fort in New Delhi.

The mission worth Rs 10,000 crore is expected to be launched in December 2021 and was approved by the Union Cabinet last year.

Lander Vikram, with rover Pragyan housed inside it, lost communication with the ground station on September 7 during its final descent, just 2.1 kms above the lunar surface, minutes before the planned soft landing on the surface of the moon.

Since then, the Indian Space Research Organisation had been consistently saying all possible efforts were being made to establish contact with the lander, though the hopes kept fading with the lunar night phase approaching.

ISRO had said once the lunar night falls, there would be no sunlight for the lander to generate power for its working and also it was not designed to operate in the cold temperatures of the moon during the phase.

Till date, 90 to 95 per cent of the Chandrayaan-2 mission’s objectives have been accomplished and it will continue contributing to lunar science, notwithstanding the loss of communication with the lander.

“Chandrayaan-2 orbiter is doing very well. There are eight instruments in the orbiter and each instrument is doing exactly what it is meant to do,” Sivan told ANI on Saturday.

The Chandrayaan-2 is a Rs 978 crore unmanned moon mission with the satellite alone costing Rs 603 crore while the launch vehicle Rs 375 crore.

The spacecraft successfully entered the lunar orbit on August 20 by performing Lunar Orbit Insertion (LOI) manoeuvre, and on September 2, 'Vikram' successfully separated from the orbiter.