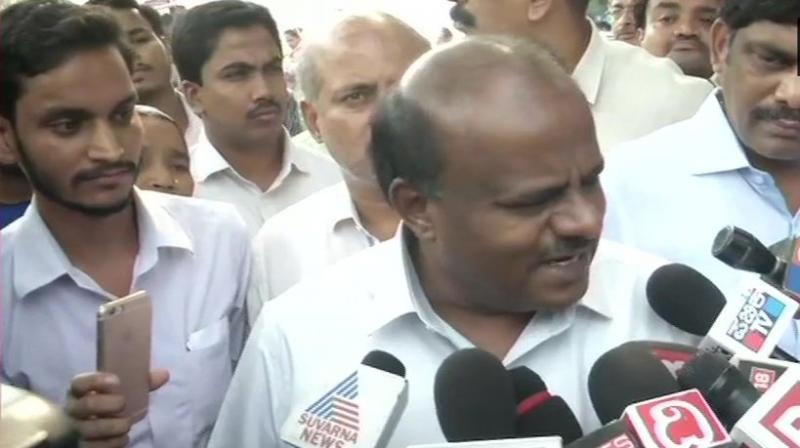 Shivakumar is currently lodged in the jail under judicial custody in alleged connection with a money laundering case.

Speaking to media after meeting Shivakumar, Kumaraswamy said, "Political issues are different and personal equation is different. DK Shivakumar and I worked together in the coalition government... This is my personal visit. He is facing political vengeance; I was here to give confidence to him. He is mentally very strong and will fight all this."

Shivakumar was a cabinet minister in the Kumaraswamy-led Congress-JD(S) government in the state.

Shivakumar was arrested by the Enforcement Directorate last month. He is currently in judicial custody in Tihar Jail in connection with a money laundering case.

The money laundering case was registered by the ED against Shivakumar in September last year, based on a complaint filed by the Income Tax (IT) department. The I-T department, during the initial probe, had allegedly found unaccounted and misreported wealth linked to Shivakumar.