There have been 286 incidents of firing and shelling along the LoC by Pakistan after India conducted surgical strikes on September 29. 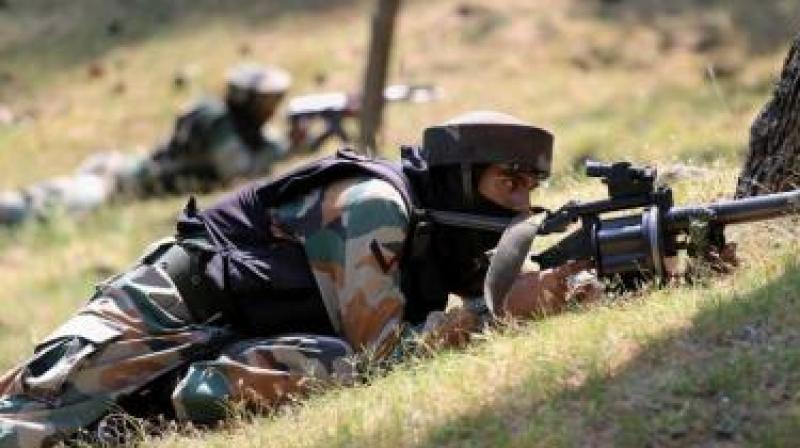 Sunday's violation of ceasefire came a day after a BSF jawan and a woman were injured and two houses damaged when Pakistani troops targeted Indian posts and civilian areas along the LoC in Nowshera. (Photo: AP/Representational Image)

Jammu: A soldier was killed and three others injured as Pakistani army resorted to heavy cross-border firing in Rajouri sector of Jammu and Kashmir on Sunday night, in the third ceasefire violation in less than 24 hours.

Sunday's violation of ceasefire came a day after a Border Security Force or BSF jawan and a woman were injured and two houses damaged when Pakistani troops targeted Indian posts and civilian areas along the Line of Control (LoC) in Nowshera and Sunderbani sectors of Rajouri with mortar attacks and small arms fire.

On Saturday, Pakistan army resorted to violation of the ceasefire in the Nowshera sector and in the afternoon, they started firing in the Sunderbani sector targeting Indian posts and civilian areas.

On Thursday, Pakistani army had targeted Indian posts and civilian villages along the LoC in the Pallanwala sector of Jammu district.

Pakistani troops on Tuesday targeted Indian posts with heavy firing and shelling for four hours along the LoC in Rajouri in Jammu and Kashmir, forcing Indian troops to retaliate.

There have been a whopping 286 incidents of firing and shelling along the LoC and the International Border (IB) in Jammu and Kashmir by Pakistani troops that have resulted in the death of 26 people, including 14 security personnel, since the surgical strike on terrorist launch pads in PoK on September 29.