These 83 aircraft would be fitted with advanced Active Electronically Scanned Array (AESA) radar being developed indigenously. 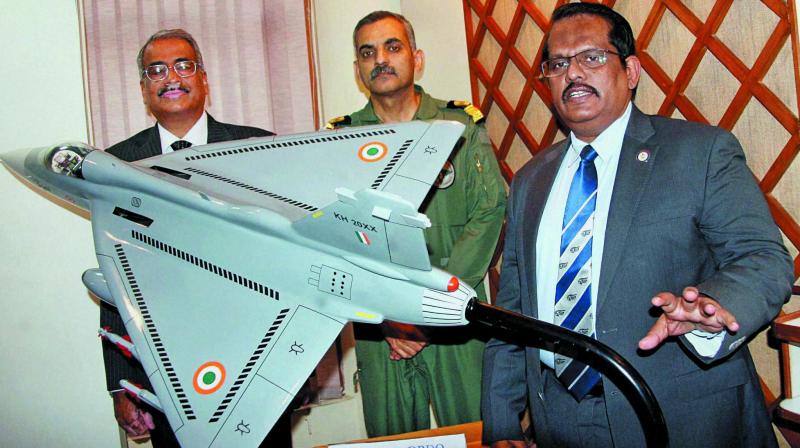 Safran, a French company which manufactures engines for Rafale combat jets, has offered to partner DRDO in the development of a variant of the indigenous Kaveri engine for “Ghatak”.

“We are working on technologies required for “Ghatak” with about Rs 230 crore sanctioned as part of pre-project studies. We are waiting for approval (of the project) by the Union government,” Dr S. Christopher, director general, DRDO, and secretary, department of defence R&D, ministry of defence (MoD), told the media here on Sunday.

He said Safran’s offer could help accelerate the development of Kaveri engine to power Tejas (Light Combat Aircraft) fighter jets. So far, an expenditure of about Rs 2,100 crores was incurred on Kaveri engine by Gas Turbine Research Establishment (GTRE), Bengaluru, over the last three decades.

In case the government approves collaboration with Safran, the French engine maker would contribute about Rs 500 crore to Rs 600 crore and ensure certification of engines within the next 18 months for Ghatak, Tejas and Advanced Medium Combat Aircraft (AMCA), he added.

In fact, Turkmenistan’s Chief of Air Staff had a hands-on experience flying the Indian military jet to become the second Chief of Air Staff to pilot Tejas. In May, Chief of the Air Staff, Air Chief Marshal Arup Raha, flew Tejas during a 40 minute sortie over Bengaluru and neighbouring areas of Tamil Nadu.

He said the latest decision of Ministry of Defence to sanction Rs 50,000 crores for 83 Tejas combat jets for IAF would also cover the cost of development of an ecosystem for production and supply of systems, engines and spares.

Each Tejas Mark-I jet would cost about Rs 250 crores to Rs 260 crores with manufacture of these 83 aircraft likely to stretch between 2020 and 2025, with Hindustan Aeronautics Ltd (HAL) set to ramp up production from eight fighter jets a year to 16 every year.

These 83 aircraft would be fitted with advanced Active Electronically Scanned Array (AESA) radar being developed indigenously.

Commodore C.D. Balaji, director, Aeronautical Development Agency (ADA), the nodal organization for ‘Tejas’, said the Final Operational Clearance (FOC), a key milestone in the military jet’s development would be completed in the first half of 2017.

Dr Christopher said the Unmanned Aerial Vehicle (UAV) ‘Rustom-II’ flew with clock-work precision during its maiden flight last week. Ten ‘Rustom-II’ category UAVs would be made for flight tests and verify capabilities such as intelligence gathering and surveillance. A portion of the budget of Rs 1,500 crores sanctioned for ‘Rustom-II’ would be used for the Aeronautical Test Range (ATR), an out-door test and evaluation facility near Chitradurga in Karnataka, he added.