Unlike previous years, no statements were issued by the government due to directions from the Election Commission. 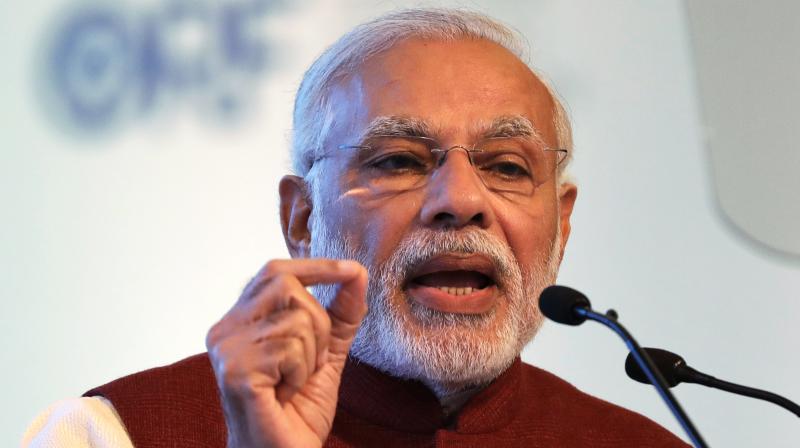 Dehradun: Prime Minister Narendra Modi on Saturday addressed top military commanders in Dehradun during which he is understood to have outlined his vision on security challenges before the country.

Defence Minister Manohar Parrikar and National Security Advisor Ajit Doval were also present at the Combined Commanders Conference which was held at the Indian Military Academy (IMA) as part of Modi's wish to hold the annual conference outside the national capital.

Unlike previous years, no statements were issued by the government due to directions from the Election Commission which has effected a model code of conduct ahead of assembly elections in five states -- Uttar Pradesh, Punjab, Goa, Uttarakhand and Manipur which will be held between February 4 and March 8.

This was the first conference for all the three Service chiefs who took over last year.

Though this conference was supposed to be held late last year in the North East, close to the China border, it did not take place due to various reasons.

The conference began with a presentation by Navy Chief Admiral Sunil Lanba, who is Chairman of Chiefs of Staff Committee. His presentation was followed by those of the IAF and Army chief.

The Election Commission in an order on Saturday had said that Modi's official visit shall not be combined with any public meeting, media briefing, media interaction, press release or announcement in connection with serving soldiers or ex servicemen which may effect the voters in five poll going states, including Uttarakhand.

The Congress had complained to the Commission that BJP may use the event to influence former and serving defence personnel to gain an upper hand in the five poll-bound states.

The issues that are likely to have come up for discussion was the surgical strike, situation on the LoC, rise of terrorism in Jammu and Kashmir, the internal security situation in the North East and China.