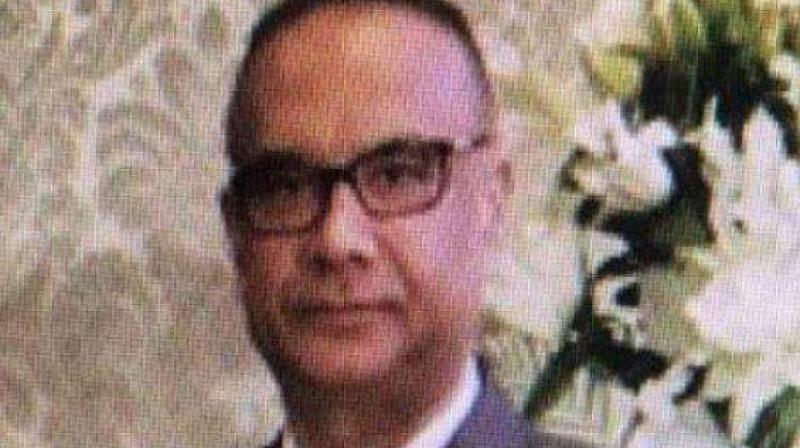 Japal Atwal was a Sikh separatist active in the banned International Sikh Youth Federation when he was convicted of attempt to murder of Punjab minister Malkiat Singh Sidhu in Vancouver in 1986. (Photo: ANI)

New Delhi: Jaspal Atwal, a convicted Khalistani terrorist, whose invitation to a dinner in honour of visiting Canadian Prime Minister Justin Trudeau was rescinded following a controversy, no longer figures in the home ministry's blacklist of Sikh extremists, officials said.

The central government time-to-time reviews the blacklist of the Sikh extremists taking into account intelligence inputs and activities of the persons concerned, a home ministry official said.

Names of nearly 150 wanted terrorists and their associates were removed from the blacklist in the last few years, the official said.

"Atwal's name no longer figures in the current blacklist ," the official said.

The review of the blacklist is always done in consultation with the Punjab government and central security agencies.

Most of the persons whose names have been deleted from the wanted list are believed to be currently based in countries like Pakistan, the US, Canada, Norway, France and Germany.

After the government removed them from the blacklist , they could move freely around the world and even return to India.

Perhaps taking advantage of the central government's decision to remove his name from the blacklist, Atwal arrived in ndia and subsequently got the invitation to the dinner being hosted in honour of Trudeau by High Commissioner of Canada Nadir Patel, the official said.

Atwal was a Sikh separatist active in the banned International Sikh Youth Federation when he was convicted of attempt to murder of Punjab minister Malkiat Singh Sidhu in Vancouver in 1986.

Sidhu was shot at twice on a road and survived, but was later assassinated in India.

A judge called it "an act of terrorism" and sentenced Atwal and three others to 20 years in prison.

It is not yet immediately known as to how Atwal got an Indian visa and why he was cleared to attend official events here.

Atwal is said to have been active in Canadian politics in recent years.