CBI said applications for such letters were made from Vipul Ambani’s South-Central Mumbai office. 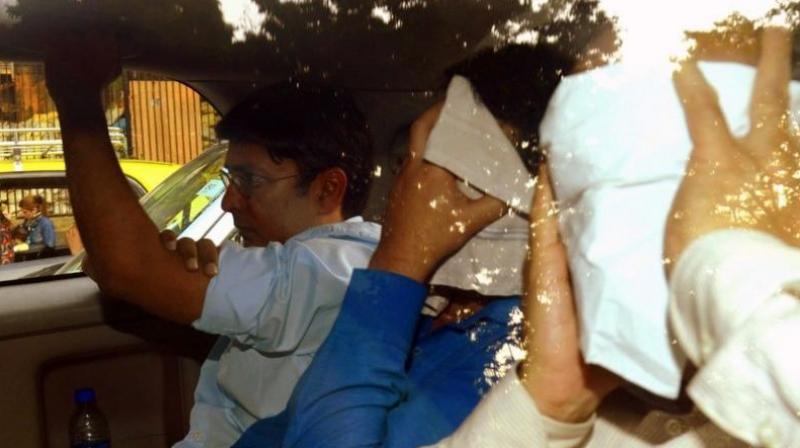 Mumbai: Continuing its probe into the Rs 11,400 crore Punjab National Bank (PNB) fraud, the Central Bureau of Investigation (CBI) on Wednesday told a special court that Vipul Ambani, billionaire Nirav Modi’s high-profile aide, accused in the fraud case, was aware of the fraudulent Letters of Undertaking (LoUs) made to the bank.

CBI said applications for such letters were made from Vipul Ambani’s South-Central Mumbai office. The investigating agency allegedly found the letters on Wednesday at the office he works.

This is the first high-profile arrest since the elaborate web of deception used to defraud PNB became public.

The court remanded all the six arrested, including Vipul Ambani, President (Finance) of Nirav Modi’s Firestar Group of Companies, to CBI custody till March 5.

Vipul Ambani, the nephew of Dhirubhai Ambani, was arrested on Tuesday and was questioned by the central investigating agency.

The CBI said Vipul Ambani was “directly involved” and that “there was deliberate act of omission on his part by not protesting the issuance of fraudulent LoUs”.

Along with Vipul Ambani, five other accused were produced before the Special CBI court on Wednesday as well for want of police custody.

This comes after applications of fraudulent letters of undertaking (LoUs), which are at the heart of the alleged USD1.8-billion scam at the Punjab National Bank (PNB), were allegedly found by the CBI on Wednesday at the office where Vipul Ambani works.

On Vipul Ambani’s role, the CBI’s remand application said, “He, being the Head of the Finance Department of the aforesaid companies of Nirav Modi group, from May 2013 to November 2017 and thereafter President (Investor Relations and Corporate Affairs) was fully aware of the fraudulent and illegal LoUs which were being issued by Gokulnath Shetty, Retd Dy. Manager of PNB, Brady House branch, Mumbai, in conspiracy and guidance of Nirav Modi and other employees, Ambani in his aforesaid capacity as President (Finance) was also visiting and meeting not only the officials of PNB, Brady House, Mumbai in the branch but also officials of PNB, circle and zonal office at Mumbai and head office in Delhi.”

“In respect of the question that who was preparing and maintaining the books of accounts of the aforesaid firms, Ambani failed to give any answer or denial that he was not looking into the affairs of these firms. These documents and circumstances prove his knowledge of the fraudulent applications for LoUs being made in the same premises of Firestar Group of companies and deliberate act of omission by not protesting the issuance of such fraudulent LoUs, led to the continuance of concealment and large scale fraud in this case on PNB and loss and diversion of thousands of crores of public funds,” the remand application further reads.

Arguing that the accused failed to play the role of whistleblowers, the CBI contested, “The accused have not been able to give any reasonable explanation for their aforesaid acts in not blowing the lid off the whole scam, as if they would have done so without being hand in glove with Modi and other co-accused, the scam would have been detected and stopped.”

While granting the remand, the Special CBI judge SR Tamboli said custodial interrogation of the accused is necessary at this stage so as to confront them with the documents. “The remand application and the FIR shows that there was conspiracy amongst the bank official and officials of the companies, the investigation officers has to get a fair chance to confront the arrested persons with the documents. Looking at the seriousness and the gravity of the offence, police custody is granted,” said Judge Tamboli.

The bungalow, ‘Roapanya’, was searched on Tuesday after documents pertaining to its ownership were recovered during raids. The farm house was reportedly purchased by Nirav Modi in 2004 for Rs 32 crore, said sources. ED is likely to take custody of the property later.

CBI claimed that it had no knowledge of Nirav Modi’s whereabouts or if he had acquired passport of any other country.