Gen Bipin Rawat spoke of proxy warfare in the Northeast by Pak with China's help and 'planned' influx of Bangladeshi immigrants. 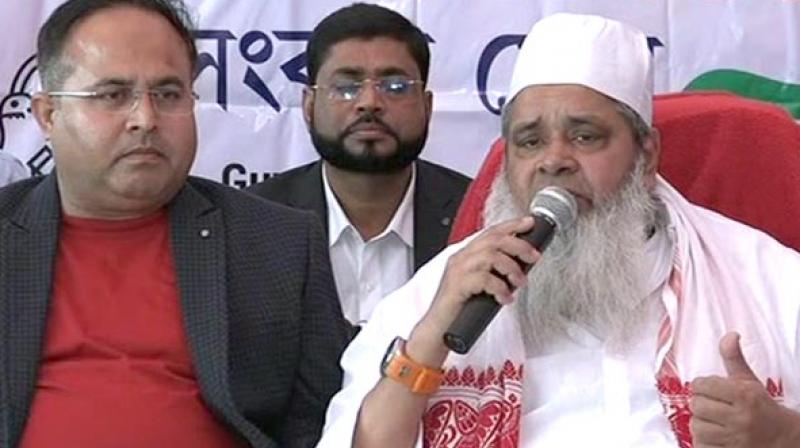 Gen Rawat had referred to Badruddin Ajmal’s AIDUF in connection with reports of increase in Muslim population in several districts of Assam, observing that the party has grown 'faster' than the BJP in the 1980s. (Photo: ANI)

Guwahati: All India United Democratic Front (AIUDF) president Badruddin Ajmal on Thursday said General Bipin Rawat has been "misinformed and misguided" after the Army Chief on Wednesday hinted that an influx of illegal Muslim migrants into Assam had led to the growth of the former's party.

"We respect General Rawat a lot but I think he has been misinformed and misguided," AIUDF chief Badruddin Ajmal said in Guwahati.

The controversy started after General Bipin Rawat spoke of proxy warfare in the Northeast by Pakistan with help from China and the “planned” influx of Bangladeshi immigrants.

Clarifying on how the party has maintained equality, Ajmal said his party had always given "20-25 seats to Hindu brothers in all elections," and urged that they be allowed to "live with the dignity of an Indian."

"If Army chief is saying that demographic change is happening in Assam then it is the government's job to check it.  We are the only party which said that shoot anyone who infiltrate into our borders," he further said.

He also said that the party has sought appointments with the President, Prime Minister and home minister to "clarify their position."

Earlier on Thursday, Ajmal expressed shock over Rawat's statement and termed it as political in nature.

Gen Rawat had referred to Ajmal’s AIDUF in connection with reports of increase in Muslim population in several districts of Assam, observing that the party has grown "faster" than the BJP in the 1980s.

The Army came to Rawat's defence  stating that there was “nothing political or religious” in his statement.