The main issue of contention was the government’s reluctance to announce loan waiver for farmers. 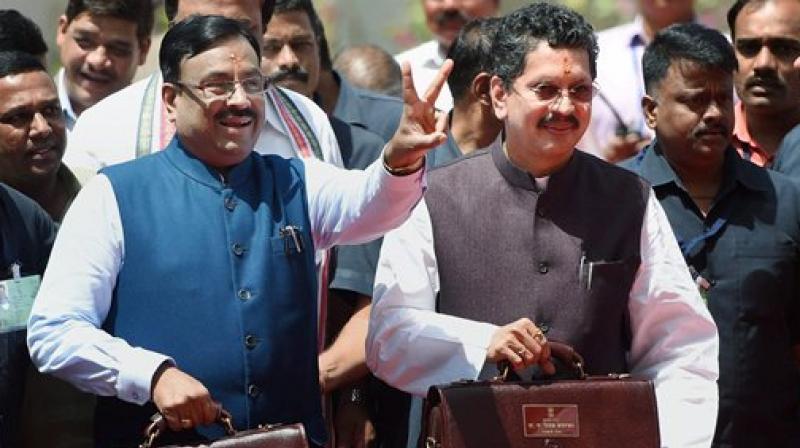 Mumbai: 19 Opposition MLAs of the Maharashtra Assembly were suspended for 9 months by Speaker Haribhau Bagde on Wednesday, for creating a ruckus during the presentation of the state Budget on March 18. The MLAs remain suspended till December 31, 2017.

The main issue of contention for which slogans were raised was the government’s reluctance to announce loan waiver for farmers.

Several Opposition members tried to disrupt the Budget presentation in protest. Opposition legislators even burnt copies of the budget outside the Legislature in protest.

As part of their protest, the Opposition sang bhajans and used cymbals to disrupt the finance minister’s speech.

Leader of the Opposition, Radhakrishna Vikhe Patil, called the state government’s decision to not announce loan waiver for farmers a “betrayal”.

“The state government has cheated farmers by making a promise for a loan waiver. The citizens were betrayed, cheated, and disappointed by this budget,” Patil said.

Despite demands from the Shiv Sena and other Opposition parties, Maharashtra Finance Minister Sudhir Mungantiwar did not make any announcement on the loan waiver for farmers.

The government, however, allocated Rs 8,233 crore for various irrigation projects for the farmers.

"Maharashtra's growth rate for 2016-17 was 9.4 percent and we aim to take this at least in double digit in the coming year (2017-18). For farmers, Rs 8,233 crores has been allocated for water resources and Rs. 2,812 crore has been allocated for Prime Minister's irrigation scheme proposed for year 2017-18," Mungantiwar said while reading out the budget.

The BJP-Shiv Sena government in the state has also allocated lesser funds for the welfare of minorities in the state budget for the financial year 2017-18.

In the budget presented on Saturday in the state Assembly, the allocation for the welfare of minorities was Rs 350 crore as compared to Rs 405 crore in 2016-17.

Various schemes for scholarships, training of minority youth and creation of basic amenities in minority residential areas are undertaken through this fund.

Out of the Rs 350 crore allocated for 2017-18, Rs 125 crore has been earmarked for improving the settlements of minorities and providing various basic facilities in rural and urban areas.

Sudhir Mungantiwar, while presenting the budget said that training is being provided to students of minority category to appear for competitive exams like UPSC, MPSC, banking services and others.