The reasons include 'lack of stability, loneliness and domestic strife', senior officials of the ministry said. 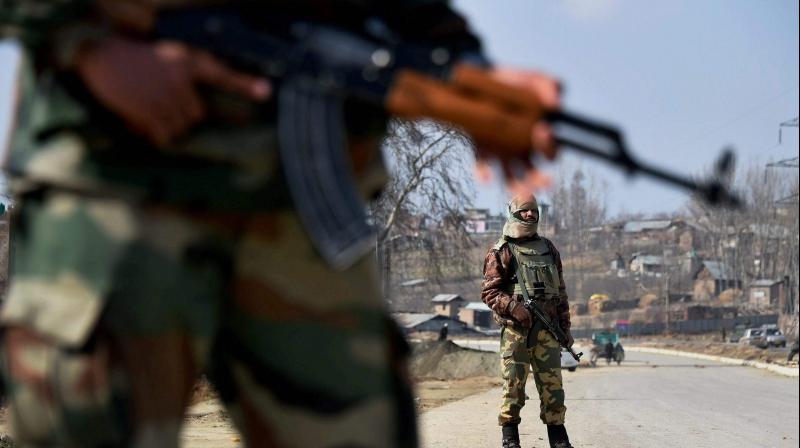 According to the home ministry, 189 Central Reserve Police Force (CRPF) personnel committed suicide since 2012, while 175 were killed in action in the same period. (Photo: Representational | File)

New Delhi: Nearly 700 personnel of the Central Armed Police Forces committed suicide in the last six years, more than those killed in action, the Union Home Ministry has told a parliamentary panel.

The reasons include "lack of stability, loneliness and domestic strife", senior officials of the ministry, led by the Union home secretary, told the Parliament's Committee on Estimates, headed by senior BJP leader Murli Manohar Joshi.

"During the last six years, approximately 700 personnel of the Central Armed Police Forces have committed suicide and the rate of voluntary retirement is approximately 9,000 personnel per year," the ministry said.

This was in response to the committee's concerns on the large number of paramilitary personnel committing suicide or taking voluntary retirement.

According to the home ministry, 189 Central Reserve Police Force (CRPF) personnel committed suicide since 2012, while 175 were killed in action in the same period.

In the Border Security Force, there were 529 suicides since 2001 while the force lost 491 jawans in action.

The ministry also said that 62 Indo Tibetan Border Police personnel committed suicide since 2006 while just 16 were killed in action during the same period.

In the Central Industrial Security Force, 63 personnel ended their lives since since 2013 and just one jawan of the force died in action.

The number of suicides in the Sashastra Seema Bal since 2013 is 32 with the number of those killed in action is four.

In the case of the Assam Rifles, 27 personnel committed suicide since 2014 and 33 personnel were killed in action.

The home secretary told the committee: "We have discussed the matter of suicides which you mentioned internally within the Ministry of Home Affairs. As per our feedback, it is mainly due to lack of stability, loneliness and domestic strife. People stay away from their homes from 10-11 months which obviously leads to marital discord and there will be suspicions and counter-suspicions and allegations. That also leads to suicide."

The forces under the home ministry are heavily overloaded with the work and personnel don't get leave, the ministry told the committee.

Forces like the CRPF and even the BSF and ITBP are instructed to move from Assam to Kerala and Kerala to Kashmir.