J Jayalalithaa suffered a cardiac arrest on December 4 and was declared dead the next day. 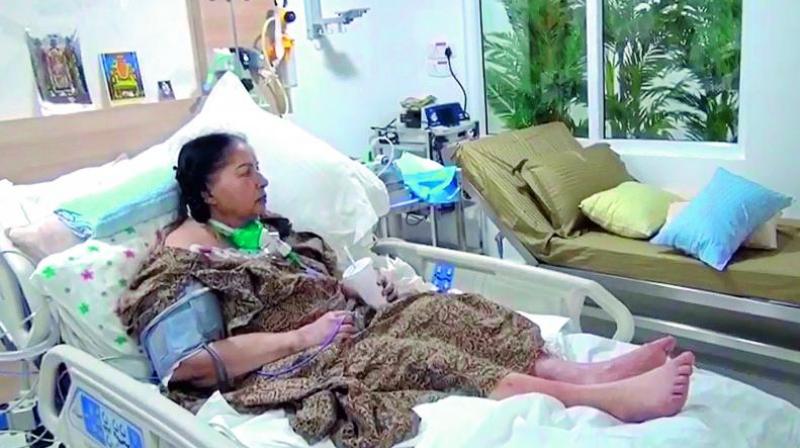 Reddy said that the cameras were turned off because Jayalalithaa was the only patient occupying the 24-bed intensive care unit. (Photo: File)

Chennai: In a major revelation, Apollo Hospitals chairman Dr Prathap C Reddy on Thursday said all CCTV cameras in the hospital were switched off during the 75 days of former Tamil Nadu Chief Minister J Jayalalithaa hospitalisation before her death on December 5, 2016.

Reddy said that it was done because she was the only patient occupying the 24-bed intensive care unit.

"Unfortunately they (CCTVs) were switched off. Jayalalithaa got admitted and one ICU was completely occupied only by her. All patients were diverted to another ICU. So they removed the footage because they did not want everyone to be watching," he said.

Reddy said all relevant documents concerning Jayalalithaa's hospitalisation were submitted before Justice Arumugasamy commission which was constituted by the Tamil Nadu government.

In an affidavit filed before the commission, VK Sasikala had earlier stated that Jayalalithaa had refused to go to hospital after she collapsed in the washroom on September 22, 2016.

Sasikala also said that senior AIADMK leaders including O Panneerselvam and M Thambidurai met her, who themselves have claimed that they were denied access to Jayalalithaa in her three months in hospital.

Jayalalithaa, popularly known as 'Amma', was taken to Chennai's Apollo hospital on September 22, 2016 and treated in the hospital for 75 days. She suffered a cardiac arrest on December 4 and was declared dead the next day.

Following her death, allegations of foul play began to do the rounds and state forest minister Dindigul Sreenivasan even claimed that all cabinet ministers had lied to the people about hospitalisation and death of the former AIADMK general secretary.

Subsequently, a one-man commission was constituted and a probe under a retired Madras High Court judge, Justice Arumugasamy, was initiated on October 30.