Surjewala further slammed PM Modi for not ordering a probe in the matter. 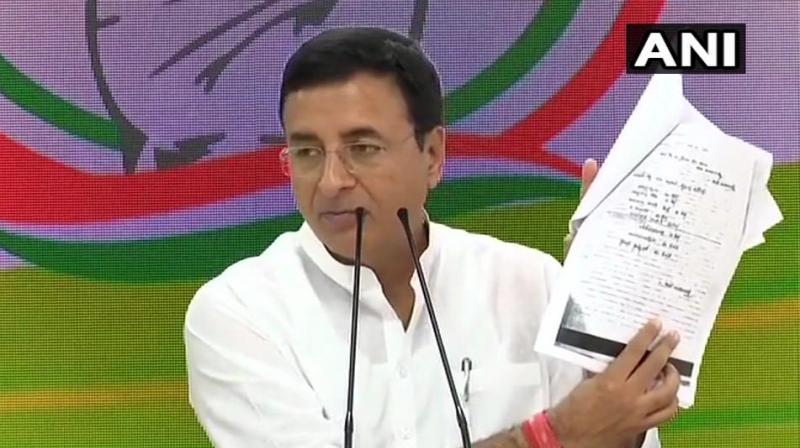 "It mentions names of senior BJP leaders from Rajnath Singh to Jaitley. There is an allegation of bribe of Rs 1800 crore on the top BJP leadership," said Surjewala while showing the papers from the diary to media.

Surjewala further slammed Modi for not ordering probe in the matter.

"Is it true or false? The diary with BS Yeddyurappa's sign on it was with the Income Tax Department since 2017. If that is the case, why did Modiji and BJP did not get it investigated?'' Surjewala said.

Earlier, party spokesperson Priyanka Chaturvedi shared a report by The Caravan titled ‘Yeddy diaries’ and Congress claimed that it has revealed a big expose against the BJP.

"We have caught a theft and the thief. BJP leaders have been caught in a corruption case," said Surjewala.

The most-awaited press briefing by Congress was scheduled at 10.30 am but was deferred to the afternoon.