Congress on Friday alleged that BS Yeddyurappa made payoffs to top BJP leaders. 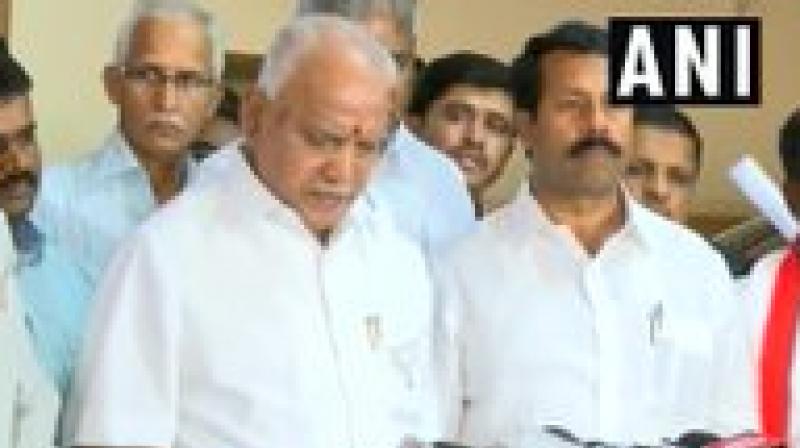 New Delhi: Refuting the reports alleging B S Yeddyurappa of making the payoffs to the top BJP leaders, he said that the documents presented by Congress were "forged and fake".

"Congress party and its leaders are bankrupt of ideas, they are frustrated with the growing popularity of the Modi ji, they have lost the battle before it began. I-T Department officials have already proved that the documents are forged and fake," Yeddyurappa said.

Calling it as an "irrelevant" claim former Karnataka chief minister said, "They have planted the story in the media to gain mileage in the upcoming elections. Issues raised by Congress leaders are irrelevant and false. I'm discussing with the senior advocates to file a defamation case against the concerned person also."

Strengthening its attack on Congress, Union minister Ravi Shankar Prasad said, “Rahul Gandhi was not present at the press conference because he knew the media report presented by Congress had nothing substantial.”