He lost everything in Oz bushfire, now Covid fear delays his return 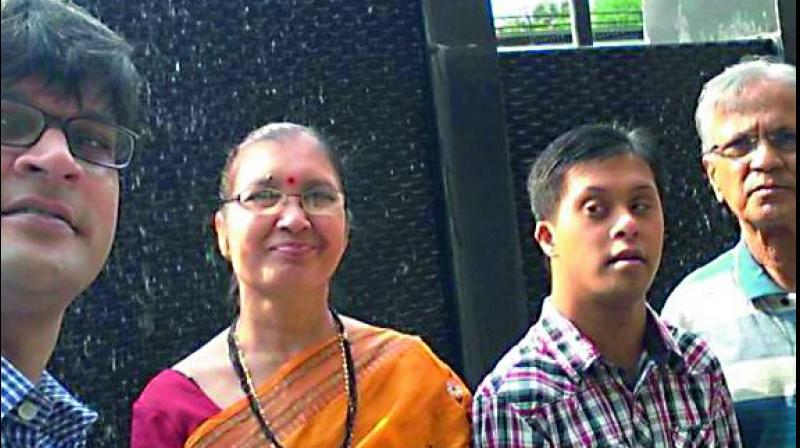 It was just before Christmas last year when personnel of the Australian police urgently knocked on the doors of a resident of Bega Valley district in New South Wales, some seven hours away from Sydney. Evacuate now, the personnel told him.

The resident, a doctor, quickly gathered whatever belongings he could, dumped them in his car and left. Within a matter of hours, the deadly bushfires in Bega Valley swallowed his house and all that remained was ashes.

The doctor, Akash Raj Saxena, who hails from Hyderabad, was shattered and so was his family back in the city.

“I will return but it may take a couple of months more,” he told them even as he tried to pick up the pieces.

But the turbulence in his life seems unending. If Australian bushfires snatched away everything he had, the deadly coronavirus has come in the way of his return to Hyderabad. His repeated attempts to get in touch with the Indian High Commission in Australia have proved futile.

“I had booked my ticket to India for April 4 and was looking forward to return to Hyderabad. But the worldwide coronavirus outbreak has ruined my plans. Over the last fortnight, I have repeatedly tried to get in touch with the Indian High Commission but no one is answering or even getting back despite leaving several messages. I don’t know what to do now,” Dr Saxena told Deccan Chronicle over phone from Australia.

Still trying to come to terms with the massive loss he suffered in the bushfire, Dr Saxena says he is lucky to be alive despite the bushfires ruining everything around him.

“While the Indian government has banned all international flights, the Australian government has advised people like us not to travel at least till June. The last four months of my life have been very depressing and when I was looking forward to visit my family coronavirus has ruined it,” he says recalling how he was not able to communicate with his family during bushfires as all network was down.

“There was complete blackout here for major part of January. By mid-February, when things started looking normal came the news of coronavirus by the month-end and now everything has gone haywire,” Dr Saxena says.

He says that he has not yet given up his efforts to contact the Indian High Commission.

“I lost my mother four years ago and my father is old now. My brother also does not keep well. I have to be in Hyderabad at least by June otherwise things will get very difficult for me here and my family in Hyderabad,” he said.

Dr Saxena says that while the situation due to coronavirus is getting worse in Australia, it has come as a double blow for people like him who suffered heavily due to the bushfire and now due to the killer virus.

“With reports now emerging that coronavirus cases could explode in India in the near future, I am worried about when I would be home. Though I am making efforts from my side, I am keeping my fingers crossed,” he says