Over 450 colleges have sought permission from the AICTE to discontinue a few undergraduate and postgraduate engineering courses. 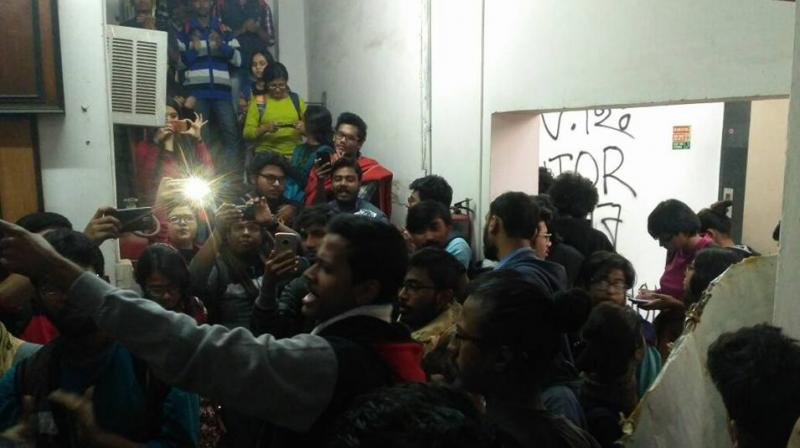 As per media reports, at least 83 educational institutions in the country, having around 24,000 seats have applied for permanent closure. (Photo: File)

New Delhi: The All India Council for Technical Education (AICTE) is planning to reduce intake of seats by almost 1.3 lakh in B.Tech and M.Tech courses, from the new academic year, starting from July this year.

In regards to this, students of Harcourt Butler Technical University in Uttar Pradesh's Kanpur have blamed increasing unemployment and unwillingness to take up engineering as their future careers for the decision.

A student of the university welcomed the AICTE's move and told ANI, "Many students are doing preparations for engineering. Parents also are worried about their child's performance. However, as per industry standards, they don't know proper engineering and hence, they don't acquire the practical knowledge needed today. It's good that the government is pushing for fewer seats so that children are admitted in good institutes and get a good and quality education."

Meanwhile, a professor at Harcourt Butler Technical University expressed concerns over the decision by the AICTE to reduce the number of seats in B.Tech and M.Tech courses.

"One of the major reason behind this is that AICTE couldn't provide job opportunities in the ratio in which they increased the number of seats. Such a situation only exists in private colleges. Government colleges have followed uniform standards in imparting quality education and practical knowledge in engineering, but for private colleges, it has been changing over the years."

Another professor at the university said as per the current industry standards, 96 per cent of passed-out engineers were not employable. Many Information Technology (IT) companies were laying off engineers as part of the cost-cutting move.

"Engineering students have not moved on with the industry standards. They need more practical exposure. Which is why students are not taking admissions in engineering colleges," the professor added.

Another student also voiced her concerns over the reduction of seat intake in B.Tech and M.Tech courses.

"In India, when a child is born, parents say that he or she will become an engineer. But they do not see the future prospects. The student may have passed out, but does not get a job anywhere. So, that student's value in the IT industry is zero and useless," the student said.

She further said that many private engineering colleges did not have proper laboratories for M.Tech students and the syllabus for engineering courses was not up to the current industry standards.

"Due to this, many of them are looking for different job prospects such as opening a start-up or making videos on YouTube. Admissions for engineering have become less over the years. Also, private engineering colleges do not guarantee the students proper jobs."

As per media reports, at least 83 educational institutions in the country, having around 24,000 seats have applied for permanent closure. Also, over 450 colleges have sought permission from the AICTE to discontinue some undergraduate and postgraduate engineering courses.